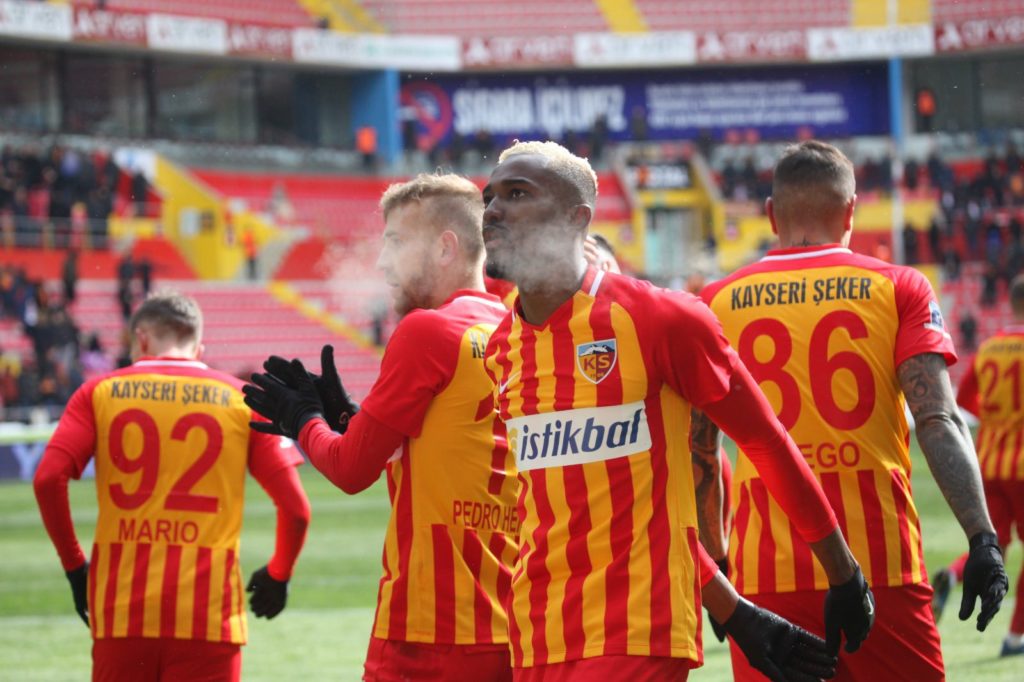 Ghana midfielder Bernard Mensah provided Don Bortey-like curling assist for Kayserispor in their 1-0 victory over Denizlispor in the Turkish Supaliga on Saturday.

Mensah has been churning out superlative performances at the heart of the Blood and Gold lads side since returning from suspension.

Kayserispor were hoping to end their disappointing ten-match winless streak in all competitions.

But Denizlispor put up a wonderful fight to hold off the visitors as the first half ended in a goalless draw.

However, Kayserispor came out all guns blazing before finding the winning goal through Cristian Sapunaru’s heading strike in the 69th minute.

The Romania international connected superbly to Bernard Mensah’s perfect cross from the left hand side of the corner line.

Bortey carved a niche for himself with his dangerous free-kicks and curling technique during his time at Ghanaian giants Hearts of Oak.

Mensah has made 16 league appearances for the club this season, contributing 2 goals and 5 assists.