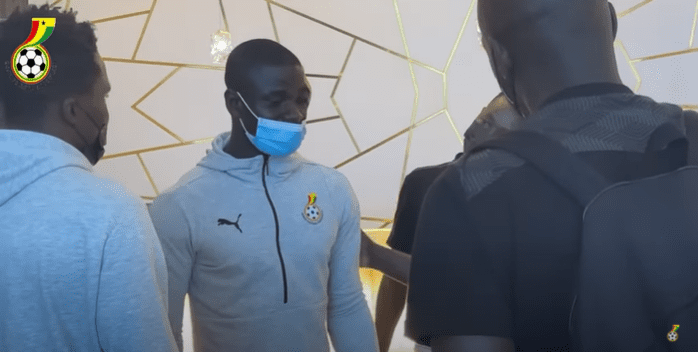 Black Stars defender Jonathan Mensah has been discharged from the hospital after being admitted with a head injury.

He suffered a concussion after a head clash with an opponent during Ghana’s 2021 Africa Cup of Nations qualifying match against the Central African Republic in Luanda, Angola.

Mensah was given emergency treatment on the pitch before being rushed to a private hospital for further treatment.

According to the GFA on Sunday evening, Mensah was stable and responding to treatment at the hospital.

But on Monday, they announced that Mensah has been discharged and rejoined his teammates ahead of the Kirin Cup in Japan.

The match ended in a one-all stalemate as Ghana failed to maintain their winning run in the 2023 AFCON qualifiers.

Kudus Mohammed put Ghana in front before Karl Namnganda got the home side back on level terms.

Despite the draw, Ghana still sit at top of the Group E after Angola failed to beat Madagascar.

Ghana are on the same points as Angola, 4 each, as 2 goals separate the two.