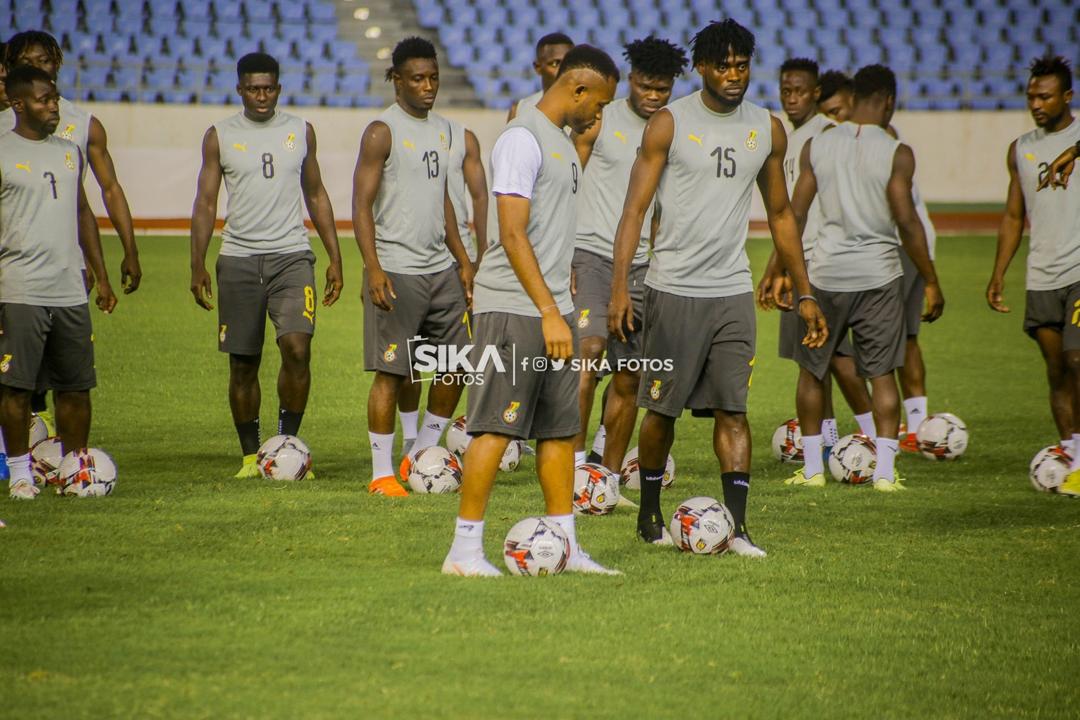 The Black Stars held their final training session on Wednesday night ahead of their 2021 Africa Cup of Nations qualifier against old foes South Africa.

The Black Stars will open the 2021 AFCON qualifiers against the Bafana Bafana on November 14, before playing Sao Tome and Principe four days later.

Ghana goes into the games with a new FA President and executive council that will steer the affairs of the association for the next four years.

The FA has launched a passion-igniting campaign for the Black Stars' African Cup qualifying campaign.

The drive, known as 'Bring Back the Love', is aimed at igniting passion and galvanizing support for the Black Stars as they seek to redeem themselves after their disappointing 2019 AFCON battle.

Watch the Black Stars training below;