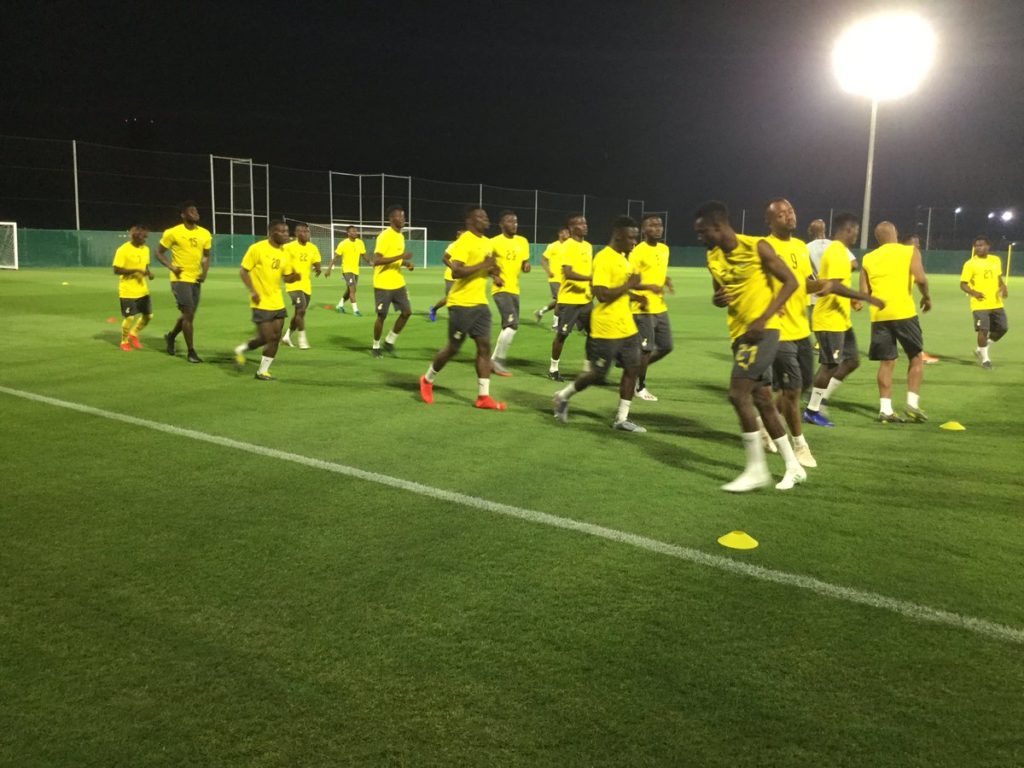 The Black Stars have started training ahead of the 2019 Africa Cup of Nations which starts in June.

The team took to the Jebel Ali football stadium in Dubai to hold their first training session after arriving in the United Arab Emirates on Sunday.

Twenty-nine players were invited for the pre-AFCON camping in Dubai, where the number will be pruned to 23.

The Black Stars are chasing an elusive fifth nations cup title after last winning it in 1982.

The team has been paired alongside champions Cameroon, Guinea Bissau and Benin in group F of the Africa Cup of Nations.

Below are videos of Black Stars training