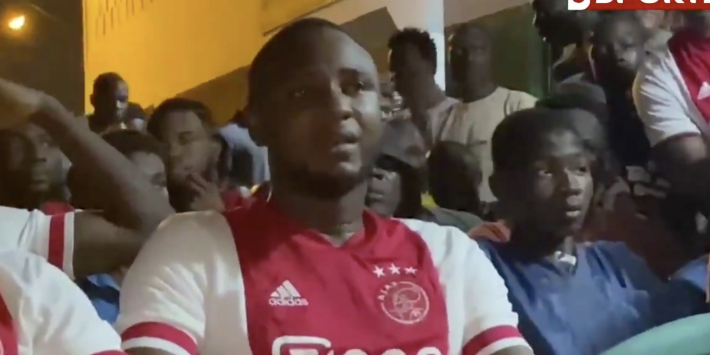 Kudus' brother devastated over the injury of the Ghana star

Ajax sensation Mohammed Kudus' older brother was quite emotional after the Ghana midfielder got injured six minutes into his debut in the UEFA Champions League on Wednesday night.

The Dutch giants had a special role in mind for Kudus for the Champions League clash with Liverpool but the Ghanaian youngsters was taken off injured within ten minutes of the game.

Now the Dutch giants have confirmed that the midfielder will  be out of action for several months because of the injury.

Thousands of Ghanaians watched from the West African country watched in anticipation of some great from the hugely talented star on the highest football stage.

Not only the player himself, but also his older brother was quite emotional about that.

The knee injury put an end to Kudus' Champions League debut, much to the disappointment of his brother. When it turned out that Kudus had to give up the fight and his brother couldn't keep his face dry.

After only nine minutes of playing in the Champions League match with Liverpool, Ajax had to deal with a considerable setback.

The 20-year-old Ghanaian midfielder was eventually replaced by Quincy Promes.

Kudus tried to land and seemed to end up wrong and overstretched his knee. He then walked on for a while and later sat down on the pitch. The medics tried to fix the problem and felt his calf and knee, but Kudus eventually had to leave the field disillusioned.