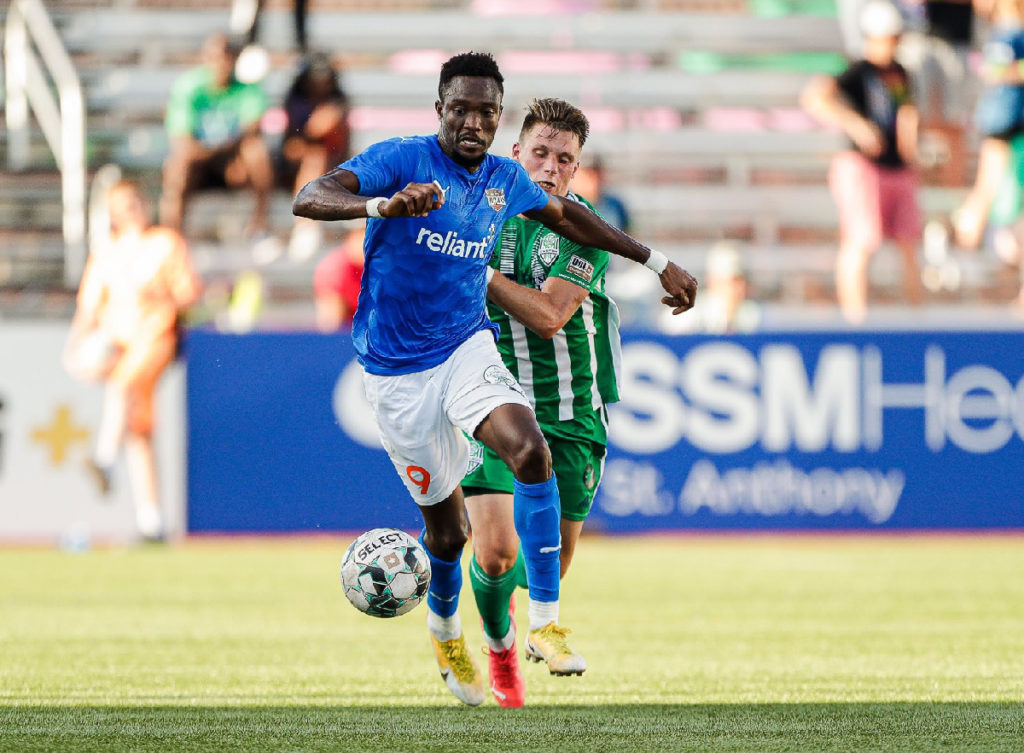 Former Asante Kotoko striker Elvis Amoh scored a penalty in extra time and the decisive kick during the penalty shootout to Rio Grande Valley FC to the semi-final of the USL Championship Western Conference playoffs on Saturday night.

Rio Grande Valley were handed the opportunity to level the scoring when in the 107th minute Vicente Sanchez was brought down as he broke onto a through-ball by Ycaza.

Amoh stepped up and fired into the right side of the net as Rawls went the opposite way.

Rio Grande Valley had scored during regulation time through Baboucarr Nije and Rodrigo Lopez to tie 2-2 before an extra tine goal from Solomon Asante made it 3-2 to Phoenix Rising. Then Amoah scored from the spot.

During the penalty shootout, it came to the decisive shot in the fifth round and it was Amoah who stepped up to convert the winner.