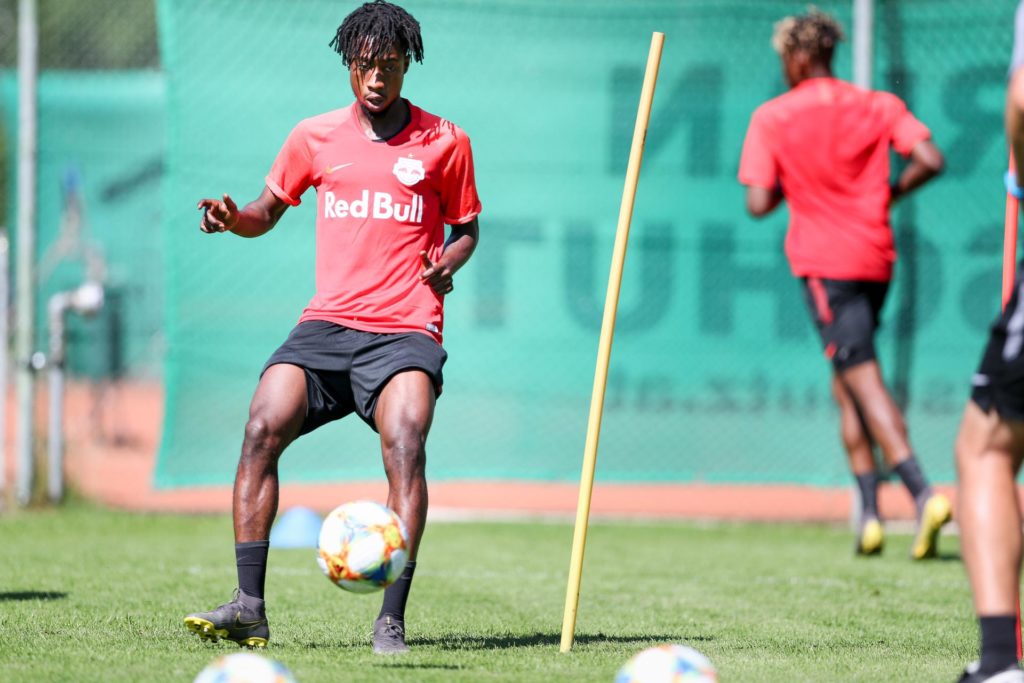 After loan spells at Austria Lustenau and Wolfsberger AC, Majeed Ashimeru really made a breakthrough at Swiss club FC St. Gallen last season - becoming a key player and standing out with his dynamism and clever play.

After two years, the 21-year-old from Ghana is now where he always wanted to be - at FC Red Bull Salzburg.

In the first pre-season training sessions in Taxham and here in Bramberg you could clearly see that he feels totally comfortable in the team and is aware of the big chance he has.

He is approaching it with tireless dedication, complete focus and a constant smile. We are convinced that we - and our fans in particular - have so much to look forward to from Majeed.

This opinion was recently voiced by his former coach Peter Zeidler, who predicted a great future in football for Majeed Ashimeru and compared him with Naby Keita, who won the UEFA Champions League with Liverpool a few weeks ago.

We are delighted to have Majeed with us and we have great faith in him and his abilities – he is definitely a man who can enjoy a successful future with us in Salzburg.