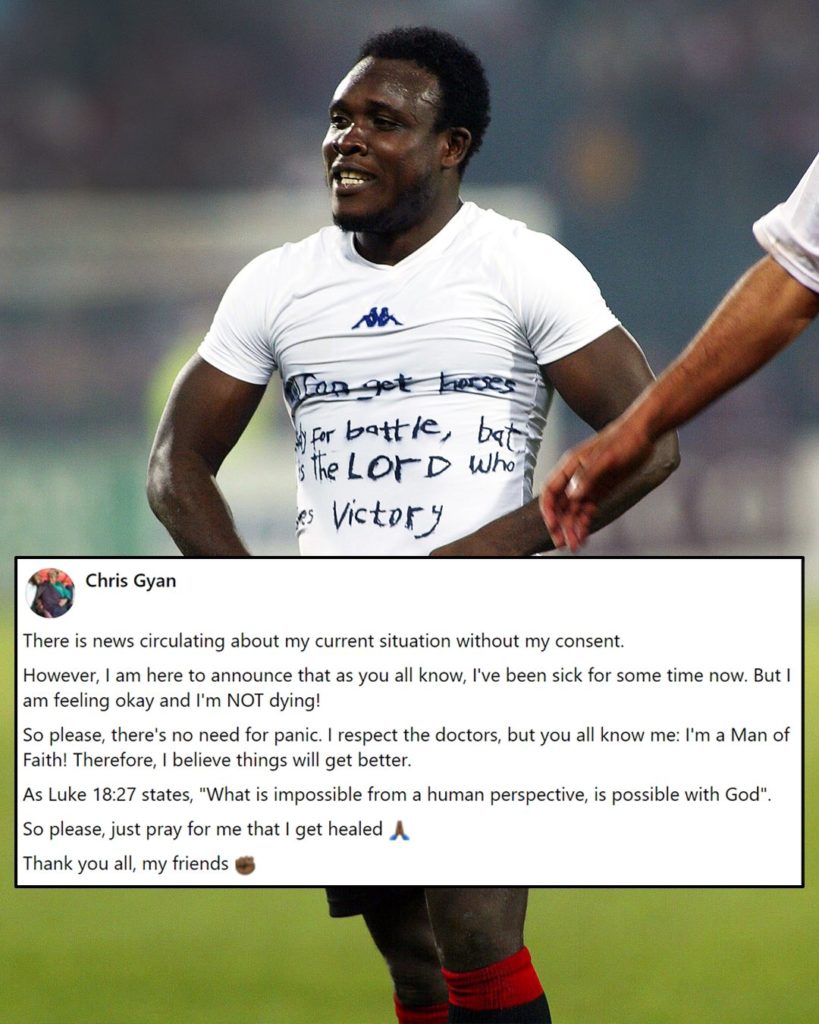 Christian Gyan wrote this touching statement when his illness was published

"I'm not dying!" Former Ghana and Feyenoord star defender Christian Gyan made himself heard, the day after it was published that he is seriously ill in the Dutch media two weeks ago.

“The news is circulating without my permission. Yes, I'm very sick, but I'm okay. And I'm not going to die.”

The message about the disease caused a lot of compassion and tribute to a cult hero of Feyenoord who unfortunately died on Wednesday morning in a Dutch hospital following his battle with cancer.

The 43-year-old Gyan agreed that he was seriously ill. He had cancer and this shook lovers of the Dutch top-flight club had seen the player grow from the youth sides to a senior team player.

He unshakable faith gave him the hope that he will beat the aggressive cancer that eventually took his life.

“But don't panic. I respect the doctors but you know me: I am a man of faith. So everything gets better. What is written in Luke 18:27: 'What is not possible for men, is possible for God'. " 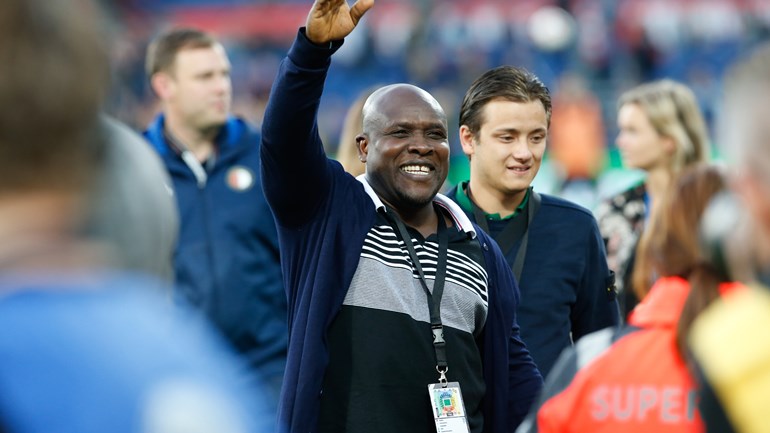 Christian Gyan is flanked by supporters of Feyenoord who have collected money for him during the Dutch Eredivisie match between Feyenoord Rotterdam and NAC Breda at the Kuip on September 23, 2017 in Rotterdam, The Netherlands
It's Christian Gyan all the way. There is a beautiful shot of him right after he won the UEFA Cup with Feyenoord in 2002.

His match shirt is off and underneath he is wearing a white shirt. With a black marker he wrote a different Bible text on it. Proverbs 21:31: “ You can get horses ready for battle, but it is the Lord who gives victory. ” In other words: “ The horse is being prepared for battle, the victory depends on the Lord. ”

Words that the versatile central defender who also played right-back of then will also draw strength from but it is this strength that his family, friends, Ghana football lovers and Feyenoord supporters have to carry on with.