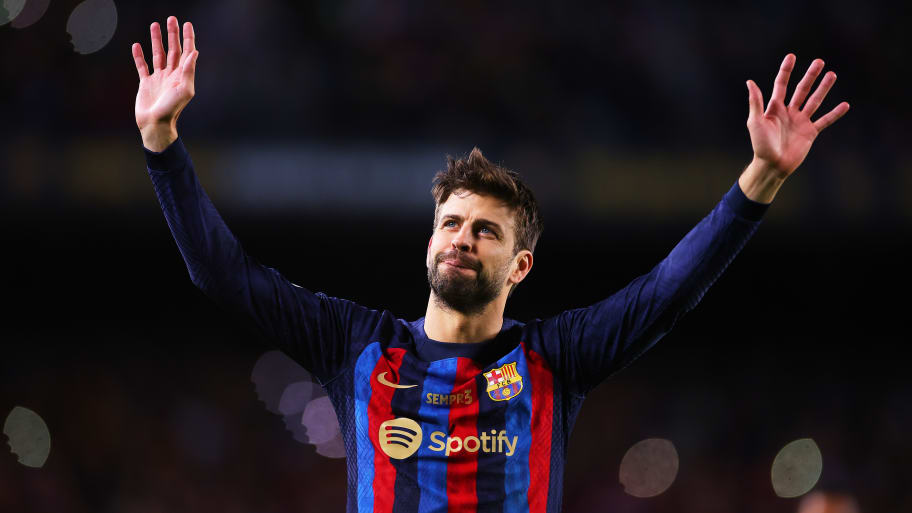 An emotional Gerard Pique was in tears as he left the Camp Nou pitch for the final time during Saturday's 2-0 win over Almeria.

The legendary centre-back has confirmed this will be his final game for the club, hanging up his boots after 616 games for Barcelona.

He enjoyed a routine evening against Almeria and was given a moment to himself as manager Xavi chose to substitute him with six minutes to go, with Andreas Christensen coming on in his place.

Pique was visibly emotional on his final farewell, embracing each and every member of the Barcelona first-team setup as he soaked up the admiration of his supporting fans.

Check out the moment below:

This article was originally published on 90min as VIDEO: Gerard Pique leaves Camp Nou pitch in tears after final substitution .