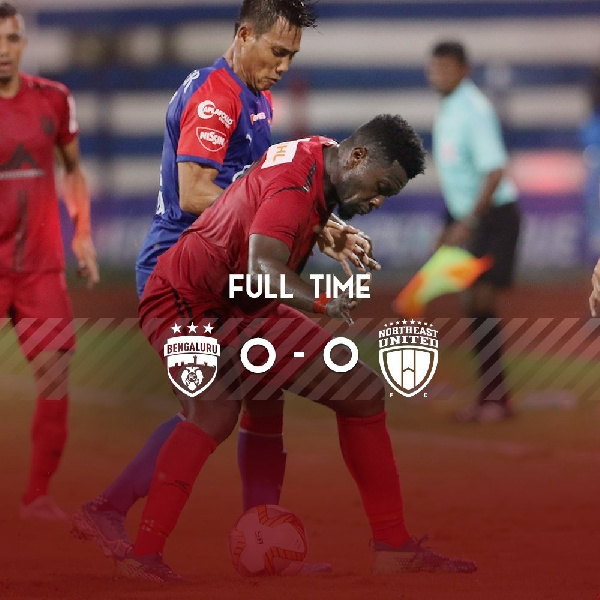 Ghana star Asamoah Gyan was left impressed with his debut for NorthEast United despite drawing blank against champions Bengaluru in a goalless drawn game in the Indian Super League opener on Monday.

The 33-year-old was replaced by Maximiliano Barreiro on 89 minutes as the visitors picked a vital point.

The Highlanders walked off the pitch with a big point as they restricted Bengaluru.

And the former Sunderland hitman, who joined the Indian side in the summer, was left impressed with his output despite not being 100% fit.

"Its a good game. We knew we were playing against a tough side and we had one point here. I think its a good result for us," Gyan said

"Its a very good start. We had a couple of chances that we could have won the game. But this is football.

"This is the first game and so we're looking forward to the next game.

"I got here exactly like one month and have a lot of work to do with my fitness. I know the team started two months before I came.

" I can't wait. It will be very good to play infront of our home fans. They came here to support us and so when are playing at home, we have to make them happy."