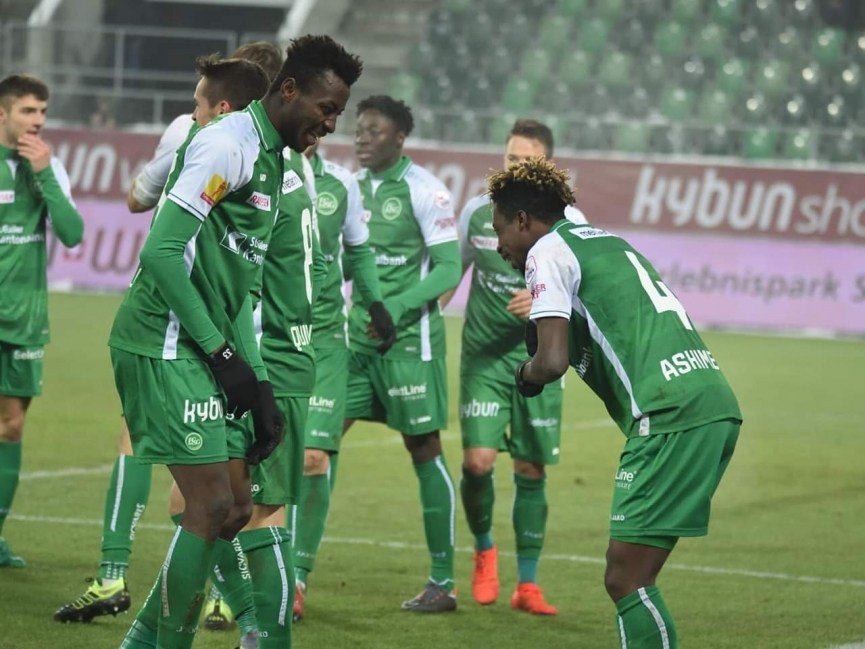 Nuhu and Ashimeru celebrate the key win over Young Boys

Ghanaian duo of Nuhu Musah and Majeed Ashimeru were on target for St Gallen in the Swiss top-flight when they defeated Young Boys 4-1 on Wednesday.

But Ashimeru secured their emphatic victory when he broke free in the box before chipping the goalkeeper.