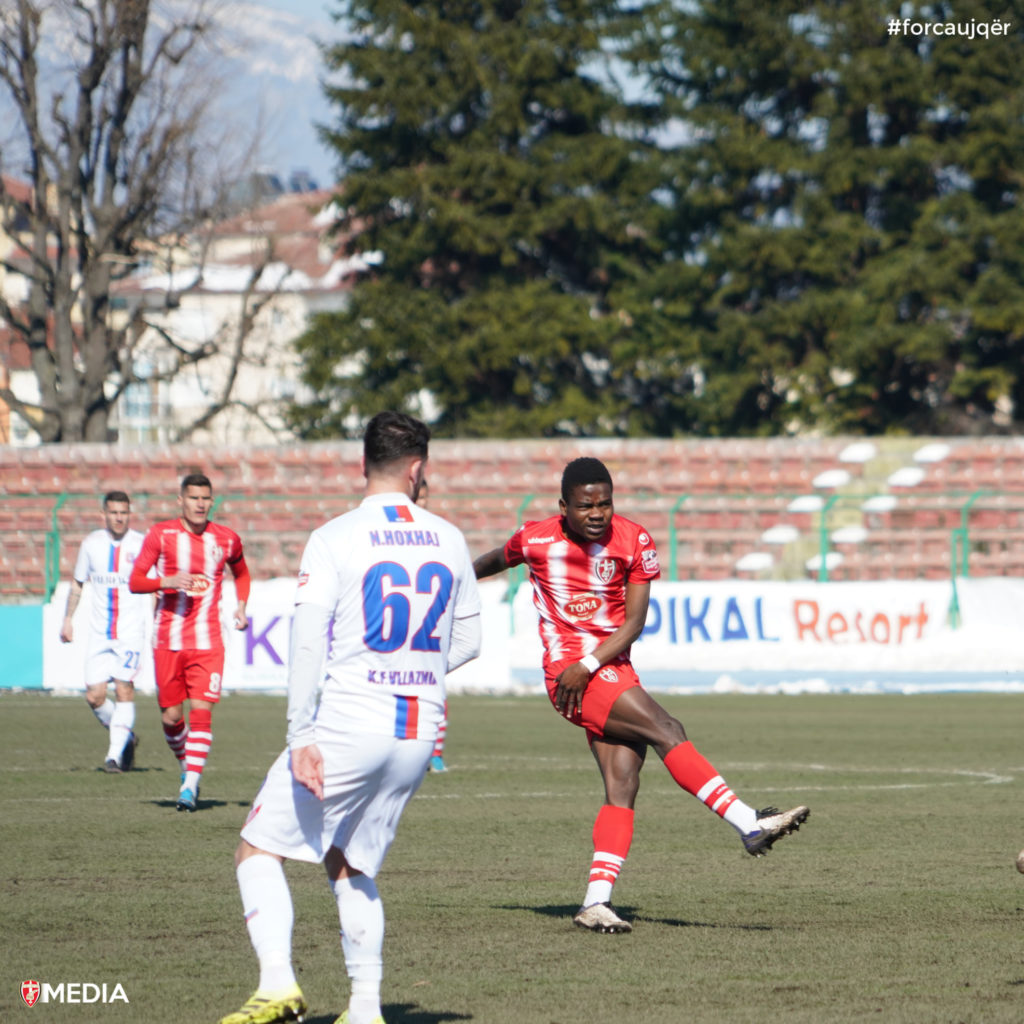 Dowouna's goal helped Skenderbeu snatch a point in a 1-1 draw against KF Vllaznia to end their losing run.

It was his 20th appearance for Skenderbeu, having been at the club for five months.

He joined them from Ghanaian second-tier side Tudu Mighty Jets and has established himself as an important player.

Dowouna has played in many positions including defensive midfield, left-wing, right-wing and attacking midfield this season.

See video of the goal below