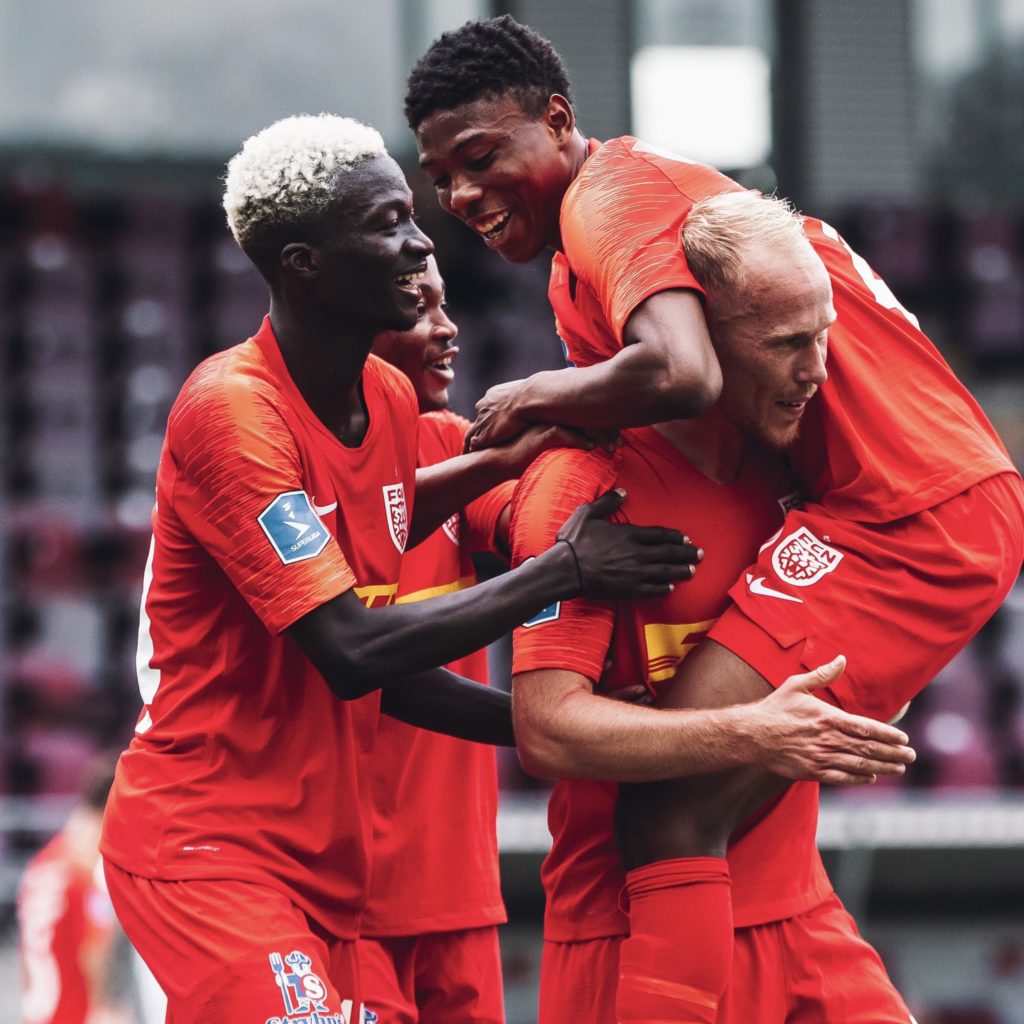 Abu Francis, Clinton Antwi and Kamaldeen Sulemana were all on the score sheet as Danish Super Liga side FC Nordsjaelland defeated HB Køge in their first preseason friendly.

The trio and compatriots Maxwell Weledzi and Godsway Donyoh were all in action on Friday night, after two weeks of intensive preseason exercise.

Danish forward Mikkel Rygaard, who grabbed a brace on the day, opened the scoring after just 12 minutes for Nordsjaelland before Jakob Johansson leveled for Koge six minutes later.

Abu Francis shot the Wild Tigers into the lead ten minutes after the equalizer, before Rygaard added his second.

Marius Elvius pulled one back before the break, and Liam Jordan leveled the score once again for HB.

HB Køge then took the lead for the first time in the game through Jebril Adedeji, but the lead did not last as Kamaldeen Sulemana leveled two minutes later.

Later into the game Clinton Antwi grabbed the winner in a thrilling encounter at the Farum Park.