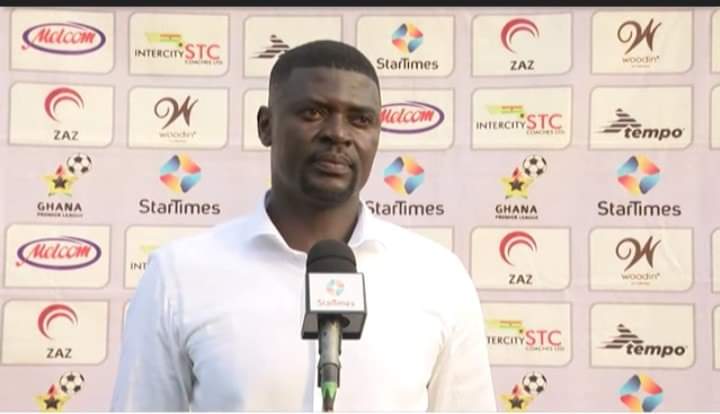 Hearts of Oak coach Samuel Boadu was absolutely furious with officiating and blasted the referee after his side’s loss to Medeama in the Ghana Premier League on Wednesday.

Boadu’s side were beaten by a lone goal which came via a penalty in the 82nd minute.

Medeama, formerly coached by Boadu, were awarded the penalty after a clumsy challenge by Robert Addo Sowah on Ahmed Toure. Sowah barged into Toure as the striker tried to reach a through ball.

Atingah converted coolly to secure victory for Medeama, much to the dismay of Boadu who described referee Joesph Kenny Padi as bad and accused him of wanting to destroy his team.

“I don’t talk about officiating but for today I think the referee was bad. He awarded Medeama SC a dubious penalty and I actually don’t know the motive behind the red card. Maybe he wants to destroy our team,” Boadu angrily said.

Hearts of Oak Boss Samuel Boadu had strong words for referees after his side lost 1-0 to Medeama Sc via a penalty.#Gplwk6 pic.twitter.com/4yTniDmDrQ

Hearts’ final outstanding game is against Kotoko and will be played on February 20.