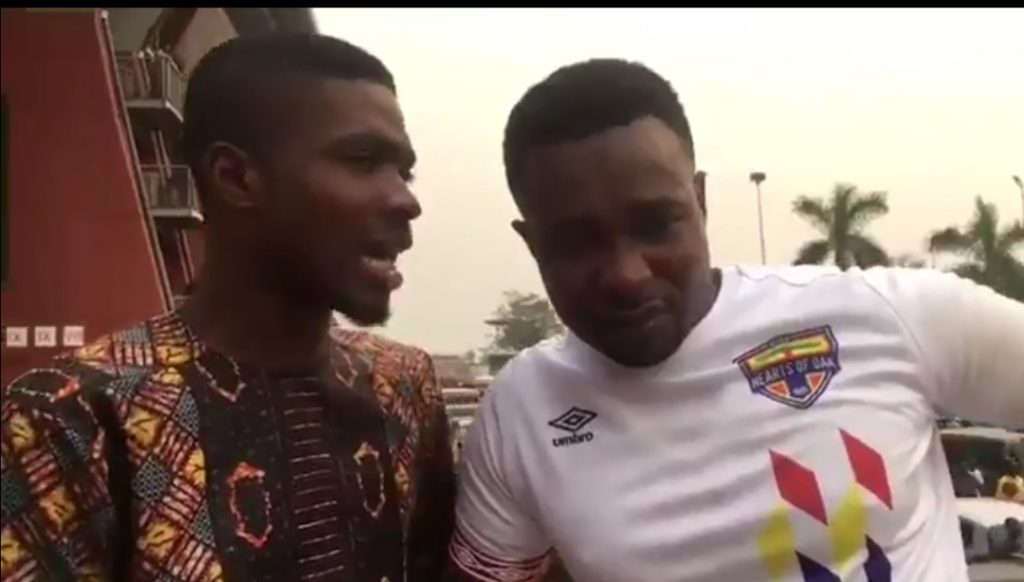 An avid Hearts of Oak fan shed uncontrollable tears after the Super Clash defeat to Asante Kotoko on Sunday.

The fan who has been identified as Sheriff Phobia cried during a post-match interview. It is believed that Sheriff was absolutely confident Hearts will win the match and the result came as shock for him.

The Phobians were beaten 2-1 at the Accra Sports Stadium as Kotoko scored an injury-time penalty.

The match looked to be on course to end in a draw after Joseph Esso’s second goal cancelled out Justice Blay’s early goal for Kotoko.

However, in the 88th minute Kotoko were awarded a penalty after Hearts defender handled the ball in the box.

Guinean Naby Keita converted confidently as  Kotoko secured the three points and the bragging rights over their firece rivals.

Is it that bet chop am or its truly the fact that his team lost ???🤔🤔🤔🤔🤔🤔#chopbet @OpankaGH pic.twitter.com/5NM7mZzcE6