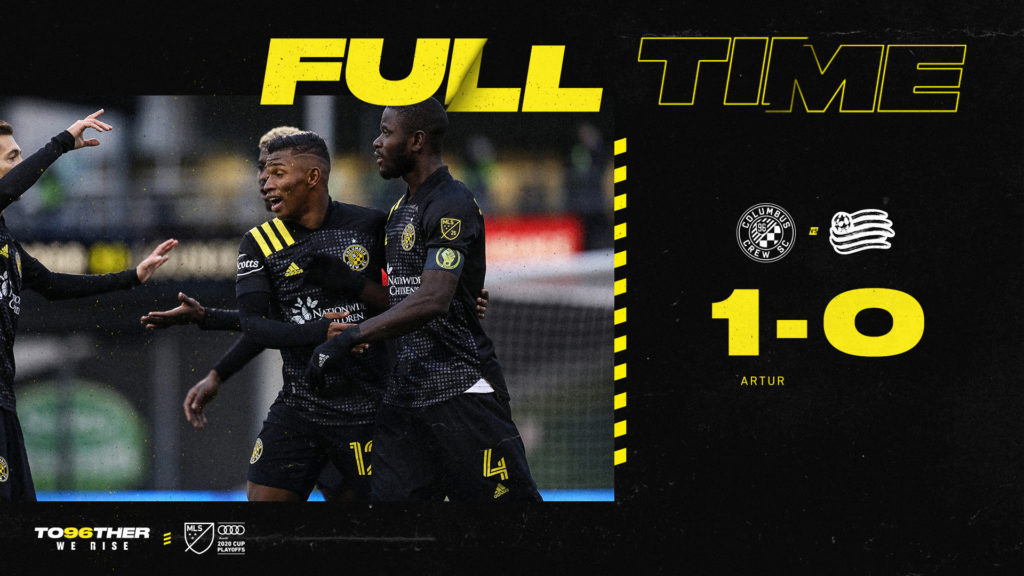 Jonathan Mensah and his Columbus Crew teammates celebrating the win.

Ghana international Harrison Afful played the entire duration of the match and Ema Boateng made a cameo.

After a goalless first half, the Crew managed to find their breakthrough just before the hour mark.

Lucas Zelarayan sent in a cross to the far post that was laid back off across the box by Mensah, allowing Artur to coolly slot home a first-time finish.

It marks the third time in club history Columbus will be headed to the final, and the first time since 2015, when they finished as the runner-up to the Portland Timbers.

The Crew are now set to host next Saturday's championship bout of the 2020 Audi MLS Cup Playoffs against either Minnesota United or the Seattle Sounders, who play on Monday.

The cross 👍 The layoff 👌 THAT FINISH 🎯 pic.twitter.com/n5yEXorZKN