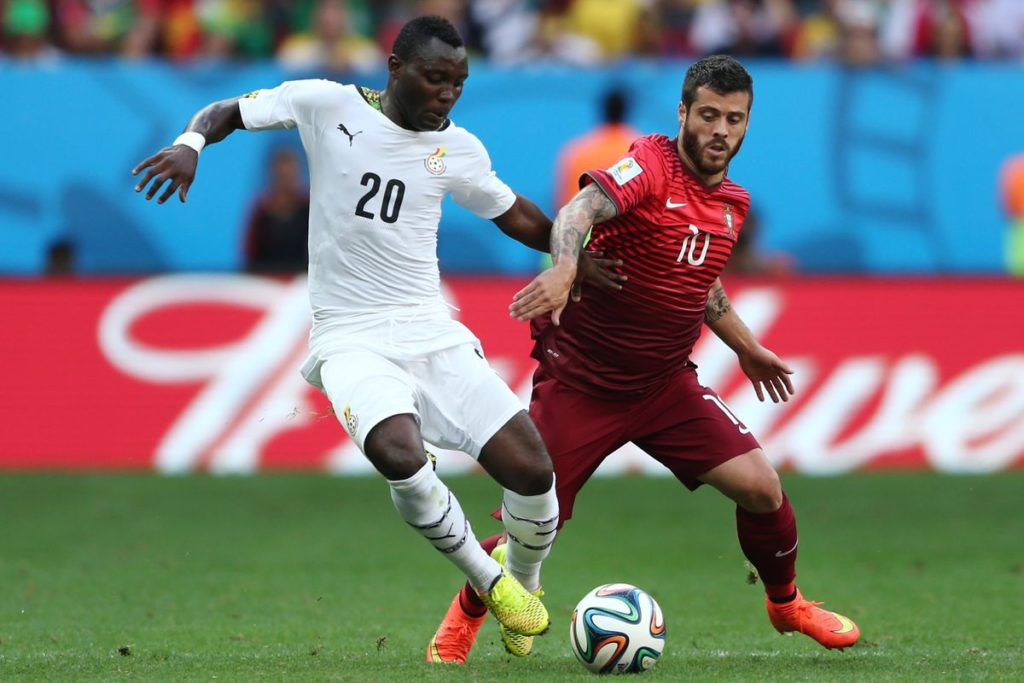 FIFA rates Kwadwo Asamoah's 'outside of the boot' assist against Portugal during the 2014 World Cup as one of the greatest in the tournament’s history.

It will be remembered that the former Juventus midfielder assisted Asamoah Gyan with an incredible trivela during Ghana's 2-1 World Cup loss to Portugal in 2014.

Asamoah received the ball on the left flank and delivered an incredible pass to Gyan, who headed home to cancel out Jon Boye's early own goal.

Cristiano Ronaldo eventually won the game for Portugal with a late goal, but Asamoah's assist was widely praised by football fans.

In a post on Twitter on Friday, FIFA shared a video of the Ghanaian midfielder’s assist, including it in its archive of greatest assists in World Cup history.

“This pass was dripping with sauce,” FIFA wrote. “Find the greatest assists in #FIFAWorldCup history (and much more!), all for free, in the FIFA+ archive.”

This pass was dripping with sauce ??

Find the greatest assists in #FIFAWorldCup history (and much more!), all for free, in the FIFA+ archive@Asabob20 | @GhanaBlackstars pic.twitter.com/s03a8PGqTt

In April, Asamoah's assist was compared to Luka Modric's outrageous 'outside of the boot' pass to Rodrygo during Real Madrid's Champions League quarter-final second leg game against Chelsea.

Tournament on the line and Luka Modric pulls out an assist like this! WOW ?

Rodrygo with the class and composure - This was a big goal for Real Madrid. pic.twitter.com/J57h6q401E