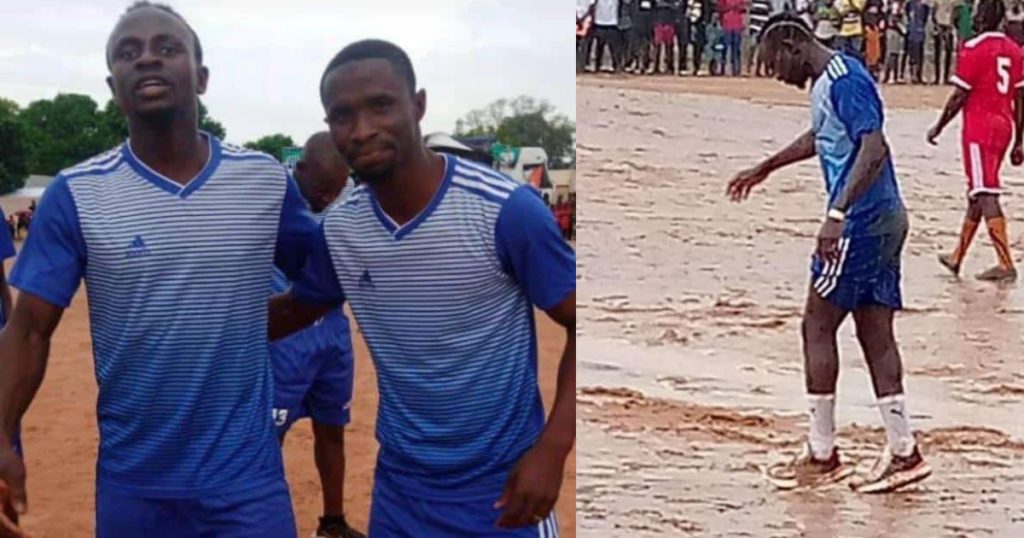 Liverpool star and Bayern Munich target, Sadio Mane is back home in Bambali, where he has been spotted playing with friends on a muddy pitch.

The 30-year-old attacker, who led Senegal to their first ever Africa Cup of Nations triumph, is currently in his country as he takes a rest from the exertions of a long last season.

The player drew large crowds from Bambali and its environs as people stepped out to watch the winger play time with his hometown folks.

Meanwhile, the former Africa Player of the Year has popped up on the radar of German giants Bayern Munich in the summer transfer window.

The Bavarians have already had two bids turned down by the English giants, but reports indicate Bayern are set to make another offer for the winger.

Sadio Mane is enjoying a good 2022, having won AFCON, the FA Cup and the Carabao Cup.

Nothing to see here. Just Sadio Mane playing football in the rain with his people in bambaly. ❤️🇸🇳 pic.twitter.com/TzWkHQnyKR