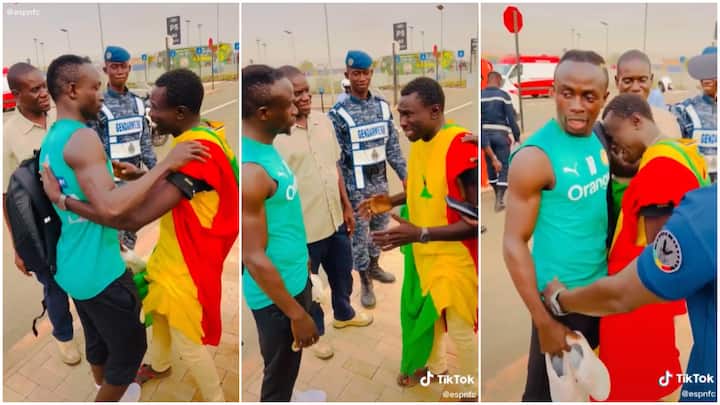 A Senegalese broke down in tears when he met his idol and national hero Sadio Mane on the street.

In an ESPN TikTok video, the devoted fan sobbed as he expressed his awe at meeting the Liverpool star.

Sadio hugged the man in his usual humble manner to express his admiration for him as an international football star.

Omar Hassan, who commented on the video, provided an English translation of what the fan was saying to Sadio Mane.

"Translation: The guy is telling mane to not leave Liverpool and sign the contract asap … his best days are yet to come. Hope to win the World Cup."

Mane, 30, has reportedly told his Liverpool teammates he will be leaving the club this summer with just one year remaining on his current contract.

He will reportedly formally inform the club of his decision in the coming days.

Liverpool are reported to have rejected £25million offer from German giants Bayern Munich for Mane.

Mane joined Liverpool from Southampton in 2016 and has been a key player for Jurgen Klopp, scoring 120 goals in 269 games.