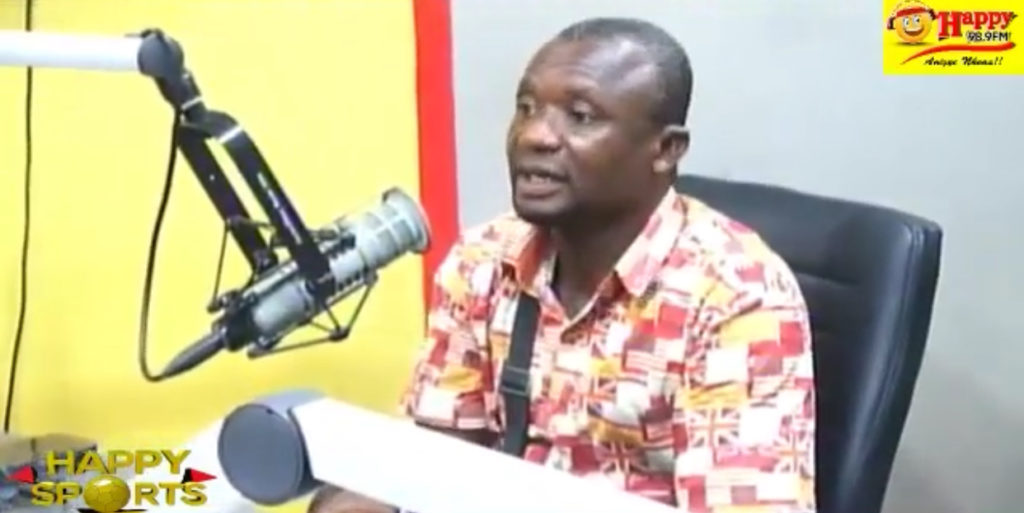 Former General secretary of Hearts of Oak National Chapters Committee, Maxwell Asabre has given an explanation of the situation that invoked Asante Kotoko to adopt the Accra Sports Stadium instead of Obuasi Len Clay as their home venue for the remainder of the 2019/20 Ghana Premier League season.

This comes after the National Sports Authority (NSA) announced that the Baba Yara Sports Stadium has temporally been closed down.

The NSA said the closure is to enable the NSA and Ministry of Youth and Sports to have ample and uninterrupted time to fix critical places of the stadium before the celebration of Ghana’s 63rd Independence Anniversary Celebration on March 6.

This has forced the Porcupine Warrior, who play their home games at the venue, to adopt the Accra Sports stadium as their new home ground.

The decision did not sit down well with pundits and a section of their fans as they believe Obuasi Len Clay Stadium is closer to Kumasi than Accra.

“Where does Nana Kwame live, Kennedy Boakye-Ansah, Edmund Ackah, Kwame Kyei and Christopher Damenya? 90 percent of Kotoko management live in Accra so they were praying that something like that will happen for them to relocate the team to Accra to lessen the burden on them. Now there will be no more traveling to Kumasi every two weeks, ” Asabre revealed on Happy FM.

“Choosing Obuasi could see their supporters fill the stadium anyway but they have decided to shut out their Kumasi fans because they can’t travel to Accra and go back on matchdays.”