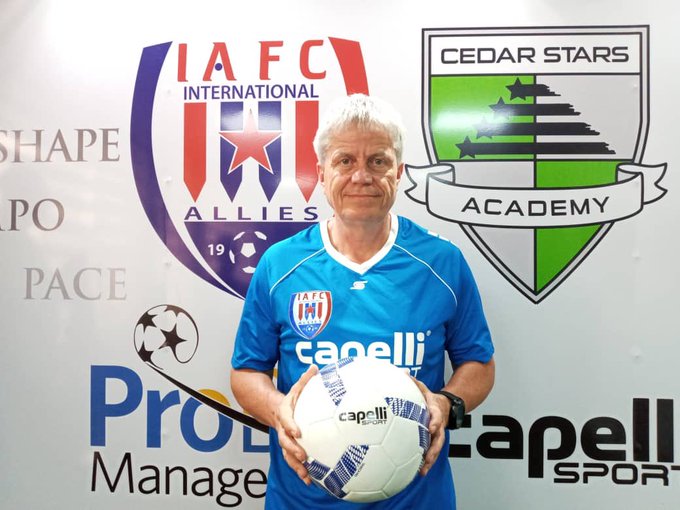 Lehm held his first training session with the team and he shared his thoughts with the club’s media team on his observations and expectations.

Q: You have been around this club previously on brief scouting mission. What does this new role mean to you?

A: I think it’s going to be very exciting. First time I was here I was looking at a lot of players both from the Academy and from the first team but this time I am look forward to be the one who is practicing the first team.

Q: How would you describe your philosophical approach to coaching?

A: My philosophy is that I like to have the ball, I like to be in control of the game, I like people to work very hard and I think the most important thing is to win.

Q: Over the years, Inter Allies has been known for creating a balance between helping young players reach their full potential and moving on to the next stage abroad while staying competitive in the Ghana Premier League as well. What is your philosophy on achieving these dual tasks?

A: I think it’s important that we help the young players and give them opportunities to play in the first team. So I don’t care how old they are or young they are if they are good enough they will play. I hope we can bring some of the players from the youth academy into the first team.

Q: You must have had firsthand information about the current team now. What are your immediate impressions of your biggest immediate challenges?

A: I saw them play today like 45 minutes and I think there are a lot of good players but I think they need to work more as a team. They have achieved a lot of goals together so it’s important we work on their tactical side.

Q: We are five games into the season, on 4 points and at 14 position of an 18-team league. What will success look like for you in the short term and the long term?

A: I don’t know the league so I look forward to seeing the level of the league but of course we should come higher up in the league. That will be very important.