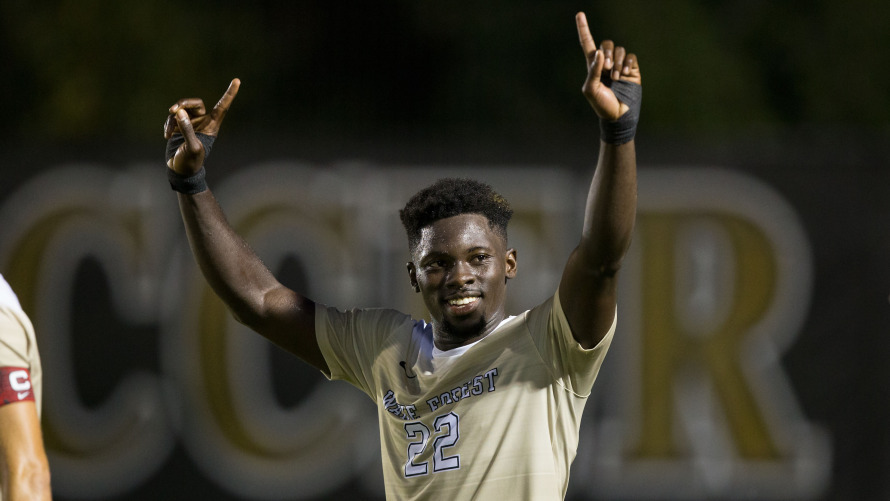 Ema Twumasi (22) of the Wake Forest Demon Deacons celebrates after scoring his second goal of the game during second half action against the Clemson Tigers at Spry Soccer Stadium on September 29, 2017 in Winston-Salem, North Carolina. The Demon Deacons defeated the Tigers 3-2 in 2OT. (Brian Westerholt/Sports On Film)

He was named the ACC Offensive Player of the Week, the league announced on Monday afternoon.

Twumasi finished last week with three goals in two games. He put away the game-winner in the 89th minute of a 2-1 victory over South Carolina, then scored the first two goals of the game in a 3-2 double-overtime win against No. 6 Clemson.

The midfielder has come on strong during Wake Forest's current seven-game winning streak, and is now tied for the ACC lead with seven goals.

Twumasi now has 13 goals through 35 career games after recording six as a freshman a year ago.

Deacon fans, get to know the reigning ACC Offensive Player of the Week, Ema Twumasi, with this spotlight piece! #GoDeacs pic.twitter.com/i5IzY2RXk5