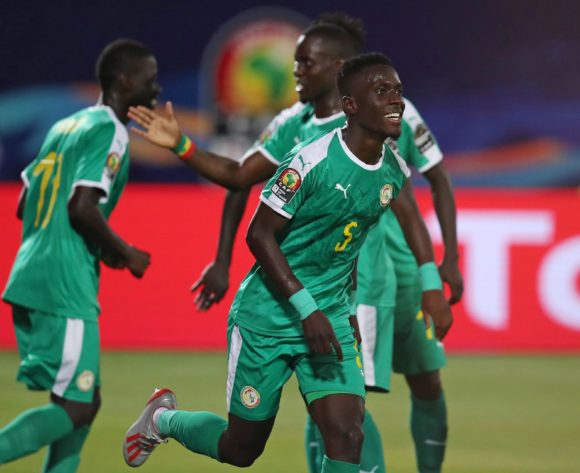 Idrissa Gana Gueye of Senegal celebrates goal during the 2019 Africa Cup of Nations Quarterfinals match between Senegal and Benin at the 30 June Stadium, Cairo on the 10 July 2019 ©Muzi Ntombela/BackpagePix

Senegal claimed a narrow but deserved 1-0 win over Benin to become the first team to advance into the semifinals of the 2019 Africa Cup of Nations.

Midfielder Idrissa Gueye scored the only goal of the match at the 30 June Stadium in Cairo on Thursday, securing the Teranga Lions a place in the final four of the AFCON for the first time since 2006.

Chances were hard to come by in the first half, with the defences very much on top. Senegal generally enjoyed the greater share of possession, but they struggled to penetrate Benin’s resilient rearguard, led by the excellent Olivier Verdon.

Senegal star Sadio Mane had a sight of goal relatively early on, but he was denied from a tight angle by goalkeeper Saturnin Allagbe and had also been flagged offside anyway.