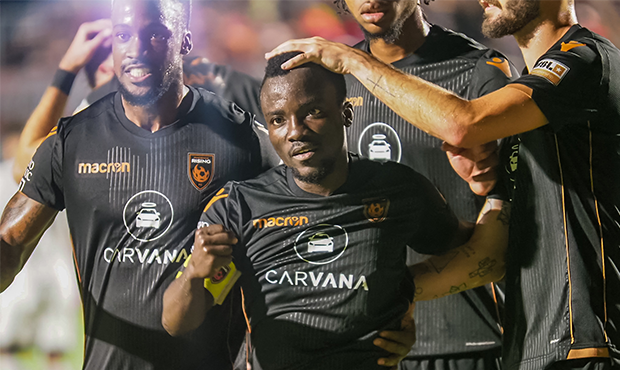 The hosts scored first in the 20th minute after Junior Flemmings curled a low effort past Reno goalkeeper Matt Bersano.

The second half started differently for Reno as Daniel Musovski was able to pull one back in the 53rd minute.

But a converted penalty from MVP candidate Solomon Asante just before the hour and a second quick strike from Mustapha Dumbuya allowed Phoenix to not only regain their lead but extend it.

The visitors made things interesting for a moment when forward Corey Hertzog scored the team's second goal in the 74th minute, but Asante's second converted penalty in the 79th minute sealed the deal for Phoenix, who move nine points clear at the top.