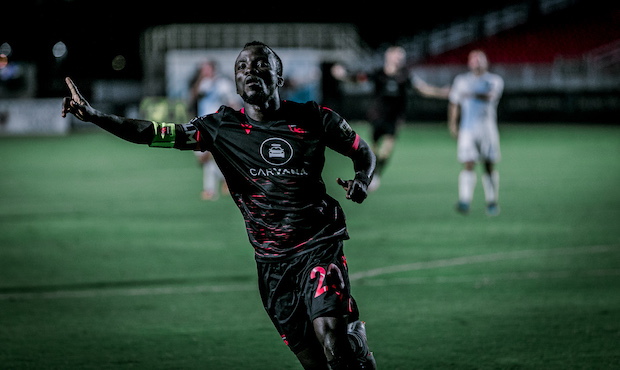 The 2019 Championship MVP registered his name nine minutes before halftime.

Striker Rufat Dadashov sent a pass from midfield out to the right side and Asante finished with aplomb.

He moved into the space ahead of him and unleashed a powerful shot that found the top-left corner of the net.

El Paso got off to an ideal opening as it took the lead in the 15th minute through Josue Aaron Gomez.

Dadashov and sent Locomotive FC goalkeeper Logan Ketterer the wrong way with a shot to the bottom-right corner.

The third goal was scored by striker Flemmings.

The Jamaican international was able to beat two Locomotive FC defenders with his fancy footwork and was able to slot it home.