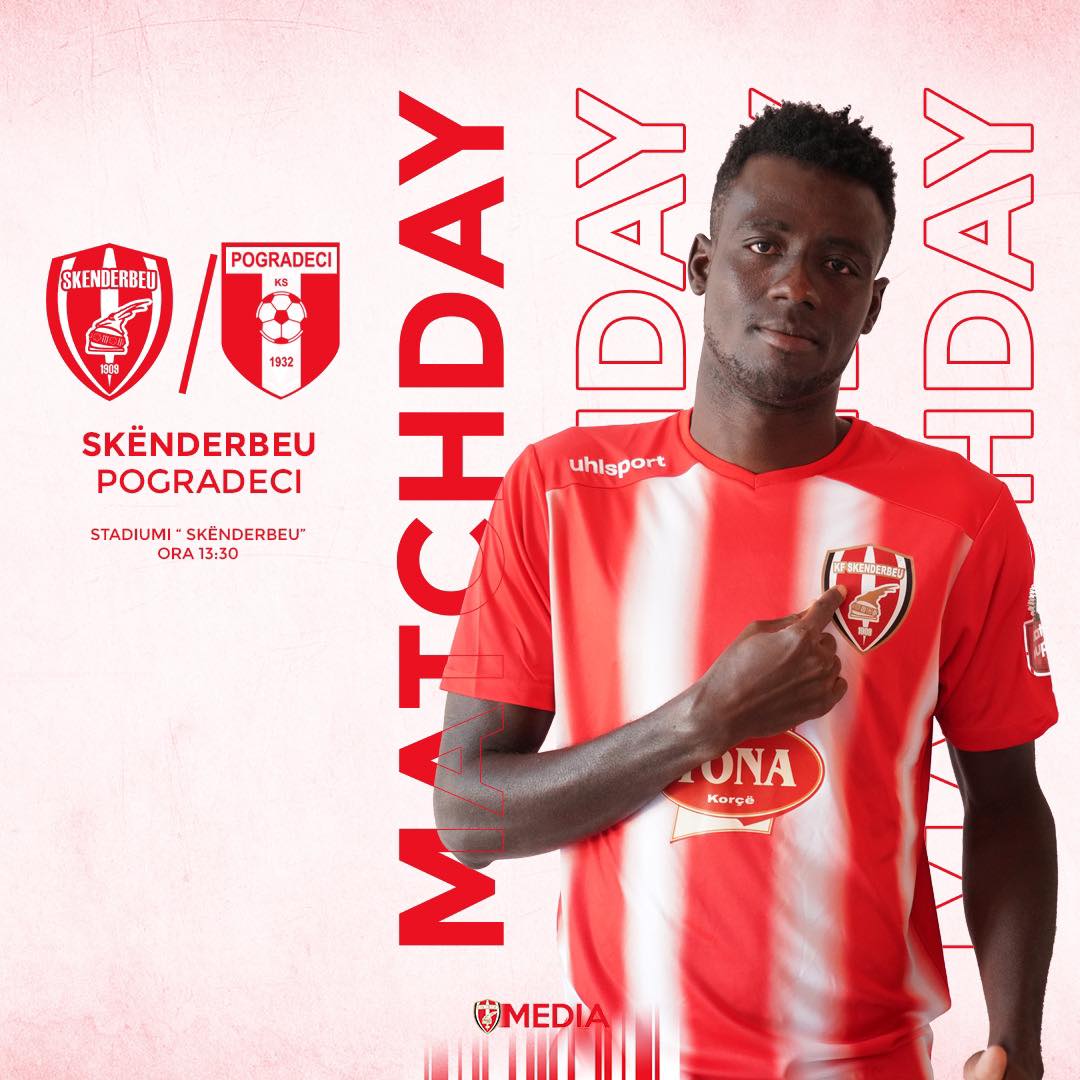 Striker Alfred Mensah scored a two goals as Skenderbeu beat Pogradec 3-0 on Thursday in the second round of the Albanian Cup.

The 21-year-old used his athleticism to outwit his marker and control well before lashing the ball with every weight behind his right leg.

Mensah's second-which was the third goal for Skenderbeu, looked quite easy with a connection at the near post.

Once again, a cross was whipped in from the left to the far post and lanky forward was there to apply a connection to the ball.

Elvi Berisha had opened the scoring for Skenderbeu in the 18th minute.