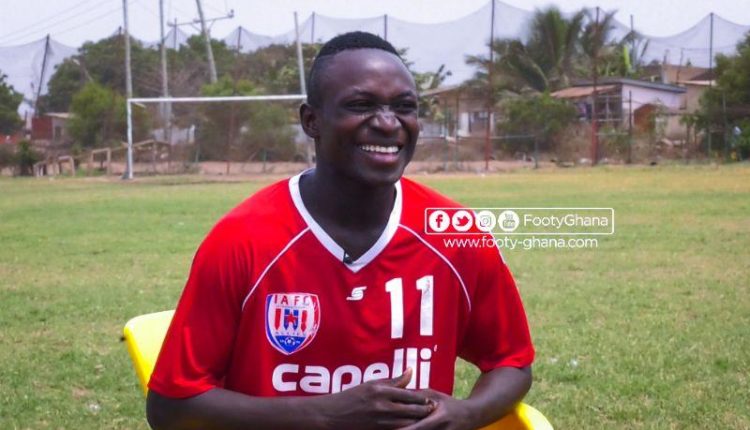 Inter Allies captain Victorien Adebayor was in sensational form on Saturday, unfortunately for Berekum Chelsea as the Nigerian put on an exhibition of football culminating in two goals and a breathtaking nutmeg.

Allies travelled to Golden City park s underdogs but luckily for them, Adebayor was on form and he even managed to make the entire stadium gasp when he nutmegged Berekum Chelsea’s, Ahmed Adams.

He produced the skill after scoring two goals - the second one was a breathtaking strike.

A sublime finish by Victorien Adebayor. This guy is not joking 🔥🔥🔥🔥🔥🔥 pic.twitter.com/S5RAUlxIh5

Adebayor's brace was his 9th and 10th goals of the season as Inter Allies beat Berekum Chelsea 3-1 at the Golden City.

The 23-year-old has netted 10 goals in 9 games and has provided 4 assists in the process.

Aside from his goalscoring and assists achievements, Adebayor has also bagged five man of the match awards, that's the most a player has received this term.