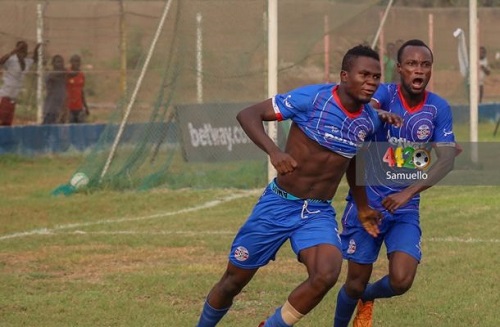 The midfielder came off the bench to score his side's fourth after taking on four defenders, brilliantly twisting and turning them insides out, as they spread on the floor before he curled in with his sweet left foot.

The goal was an icing on the cake in a five star performance from the Dansoman based lads.

The Scientific Soccer Lads travel to Bechem to play Bechem United on match day 11 of the Ghana Premier League.