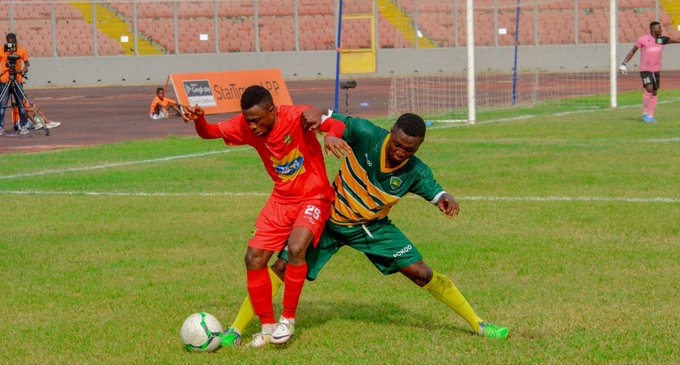 The Porcupine Warriors missed a first half penalty taken by striker Songne Yacouba in the first half.

After 83 minutes, Cudjoe found himself the Dwarfs box, controlled a headed pass from Justice Blay and drilled home from close range for the opener.