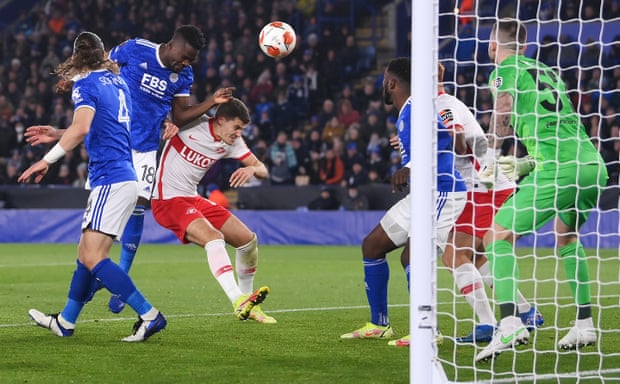 Daniel Amartey scored his first goal of the season on Thursday as Leicester City drew with Spartak Moscow in the Europa League.

The Ghanaian's goal salvaged a point for the Premier League side after Jamie Vardy missed a penalty.

It is Amartey's first goal since March when he netted the winner for Leicester in a 2-1 victory over Brighton in Premier League.

Victor Moses on his return to England scored and gave the Russian side the lead after 51 minutes.

Striker Jamie Vardy squandered a penalty in the 74th minute as the match ended 1-1.