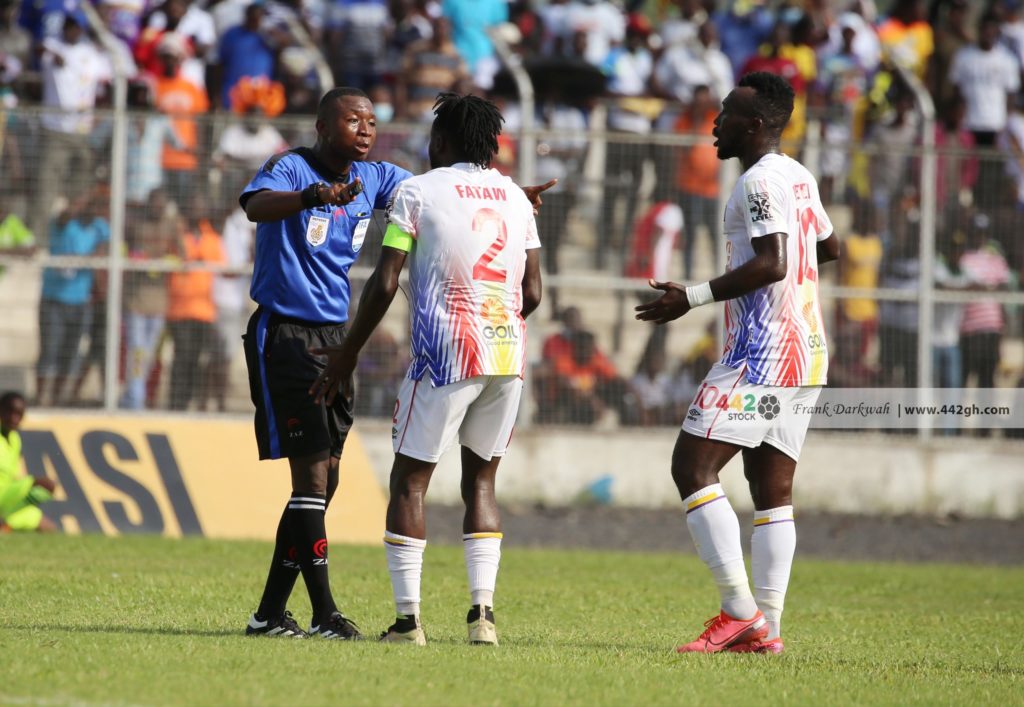 Ashantigold handed Hearts of Oak their first defeat of the season on matchday 4 of the Ghana Premier League at the Len Clay Stadium.

Two goals in the second half is all the Miners relied on to earn a win of the defending champions.

An erroneous move from Emmanuel Nettey landed Hearts of Oak in a big trouble as the Miners surged forward to score their first goal.

Yaw Annor placed the ball beyond the reach of Richard Attah in a one-on-one attempt to make it 1-0.

Despite making use of his substitutes, the Phobians did not create enough chances like they did in the first half.

Richard Attah made a powerful save in the 82nd minute but Abdul Salam capitalized on the rebound to make it 2-0 for Ashgold.