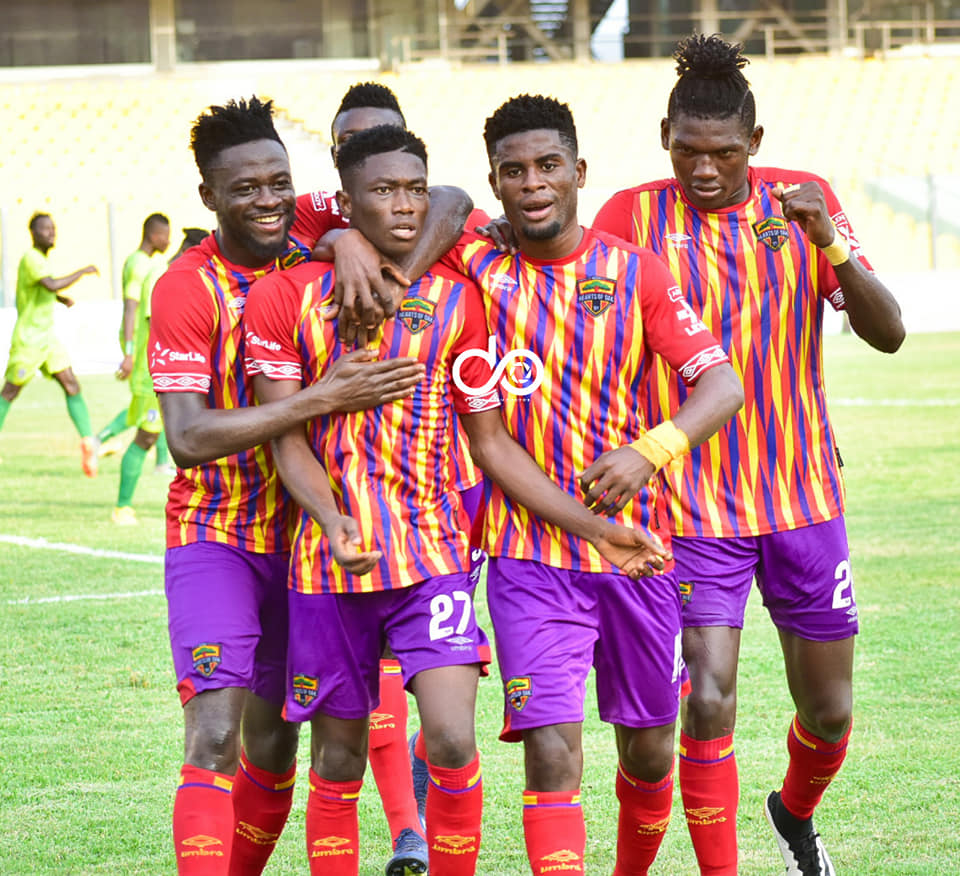 The Phobians won 6-1, with all goals coming in the second half after Bechem had a man sent off in the first 45 minutes.

Hearts capitalised on the extra man to score the opener in the 53rd minute. Abdul Manaf made no mistake when he was presented with the opportunity.

The hosts doubled their lead in the 68th minute through Victor Aidoo. Aidoo dummied his marker and placed the ball into the net.

Five minutes later, Aidoo got on the score sheet again to make it 3-0.

The goals did not end there. Hearts were awarded a penalty which was expertly taken by Frederick Ansah Botchway in the 84th minute.

Prince Kwabena Adu reduced the deficit in the 86th minute but Lawali Mamane made it 5-1 just two minutes later.

Substitute Benjamin Afutu scored the final goal of the game in the 90th minute.