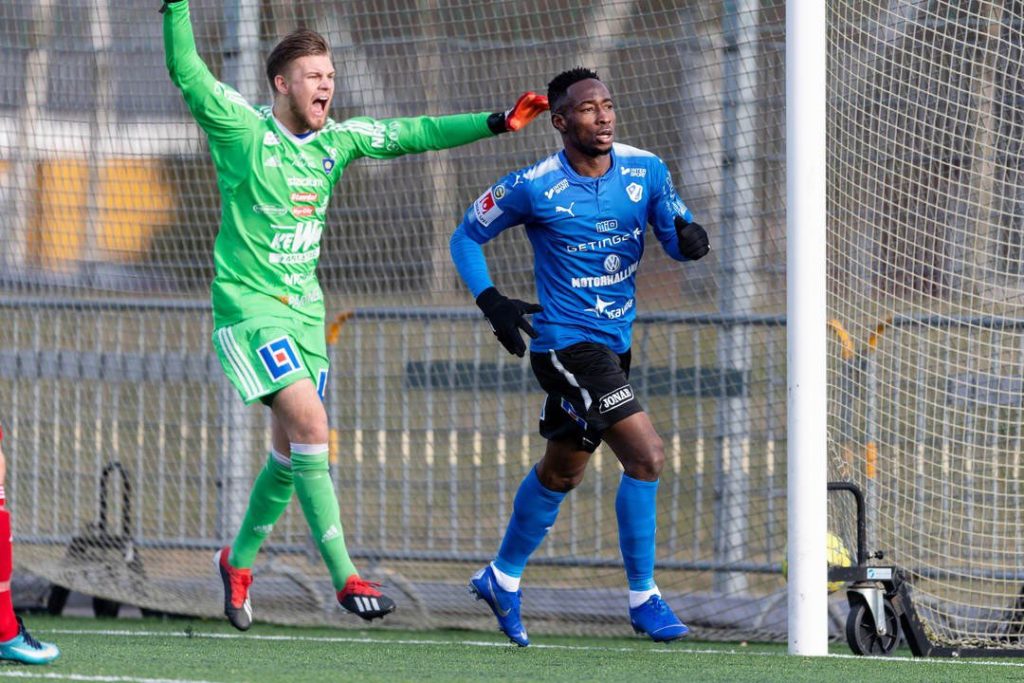 In-form Ghanaian striker Karim Sadat scored an audacious goal for Halmstads BK in their 2-1 defeat against AFC Eskilstuna in the Swedish Cup on Sunday.

Ferid Ali fetched the first goal for Esakilstuna with just 15 minutes on clock despite being under the cosh in the opening minutes of the match.

But Halmstads BK equalized through Karim Sadat with a long-range drive six minutes after the break to send the match into extra time.

The goal was Sadat's fourth in three successive games in the competition.

However, Eskilstuna grabbed the ticket to the semifinals of the competition following Gustav Jarl's 118th minute superb header.

Sad we couldn’t get to the semifinals of the Swedish cup after extra time. Alhamdulillah for another goal today. In Sha Allah the best is yet to come. @ClubConsultAfr @CHIBSONY17 pic.twitter.com/kEatBlep2A

Sadat lasted the entire duration of the match while compatriot and teammate Thomas Boakye was hauled off in the 69th minute.