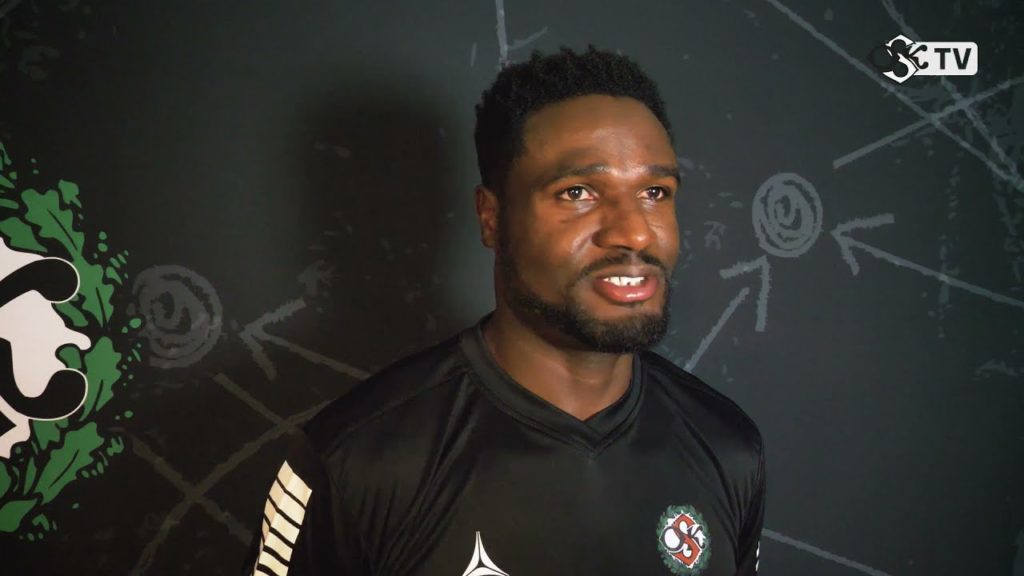 Ghana and OSK midfielder Nasiru Moro was shown the red card after a silly challenge on Varberg's Robin Tranberg in the Swedish league.

The 24-year-old got into a tussle with Robin Tranberg after a foul and gave him a head butt.

The incident happened in the 25th minute as Varberg midfielder pushed Moro in the chest and the Ghanaian responded with a head butt.

Tranberg went down to the ground after the head but.

Referee Glenn Nyberg did not hesitate and handed out a direct red card to the Ghanaian. Tranberg received a yellow card for pushing Moro

Robin Tranberg in an interview with Discovery Plus revealed what led to the incident.

"He shoots the ball at me after blowing. I do not think it is conscious but you fall, get a little hurt, get frustrated, are up and push a little. Then he puts his head against my chin, clear red"

"At the end of the first half, Varberg's Simon Karlsson Adjei accounted for a huge miss".

"Robin Tranberg played forward the striker who shot high over on a completely wide-open goal - but in the second half, he took revenge".

Orebro lost the game 3-0 to Varberg after being reduced to 10-men for the most part of the game.

Watch the incident below: