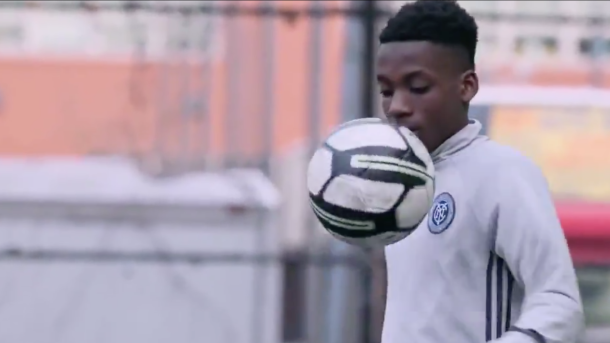 Ghana-born youngster Prince Amponsah has been featured in a documentary of how he came from the West African country and be called into the USA U14 National Team .

He is the only representative of New York City FC in the squad.

Defender Prince Amponsah was selected by Head Coach Clint Peay for the team’s first training camp of the year, which took place from Feb 18-25 at U.S Soccer’s National Training Center in Carson, California.

Amponsah and his teammates took on Club Tijuana’s U-14 and U-15 squads in friendly matches which drew attention to his talents.

Congratulations and good luck to Prince!

Watch the documentary below on how the youngster has progressed:

MiB follow U14 @NYCFC and @ussoccer_ynt defender Prince on a 2.5 hour trip to training to chase his @MLS dream. @adidassoccer (Film 1 of 2) pic.twitter.com/KPxLP4jZpC