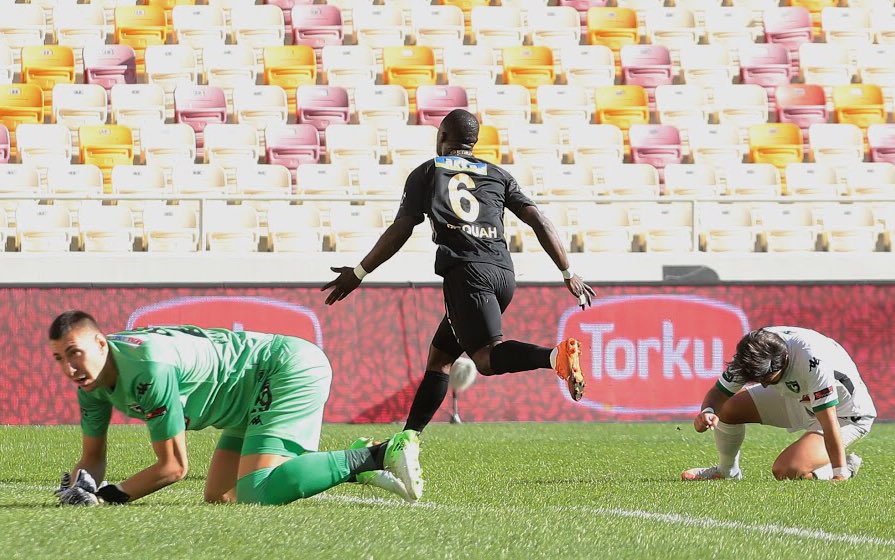 Midfielder Afriyie Acquah scored his first league goal of the season on Sunday as Yeni Malatyaspor beat Denizlispor 2-0 in the Turkish Super Lig.

The Ghana international doubled the lead for the home side on 17 minutes at the Yeni Malatya Stadyumu.

Acquah was making his eighth league appearance of the season.

He was also on target in midweek when Yeni Malatyaspor beat lower side Artvin Hopaspor.

Acquah will be heading to Ghana to feature in the 2021 Africa Cup of Nations qualifiers against Sudan.