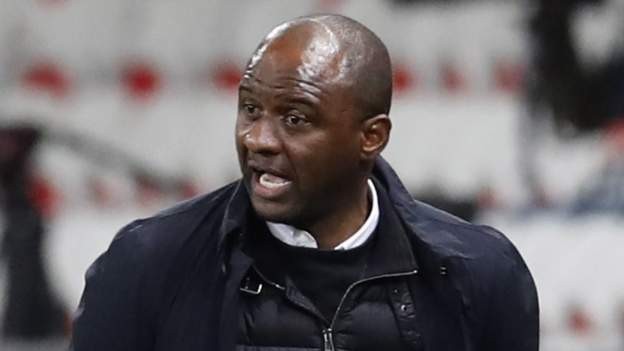 Nice have sacked ex-France and Arsenal midfielder Patrick Vieira as their manager after two and a half years.

The French club have lost five games in a row, including Thursday's 3-2 defeat by Bayer Leverkusen that confirmed their exit from the Europa League, and are 11th in Ligue 1.

Adrian Ursea, who was assistant to Vieira, has taken over as head coach.

Louis Theroux is back: I May Destroy You star Michaela Coel joins for his new seriesHarry Kane exclusive: The England captain talks VAR, fans returning and Justin Bieber