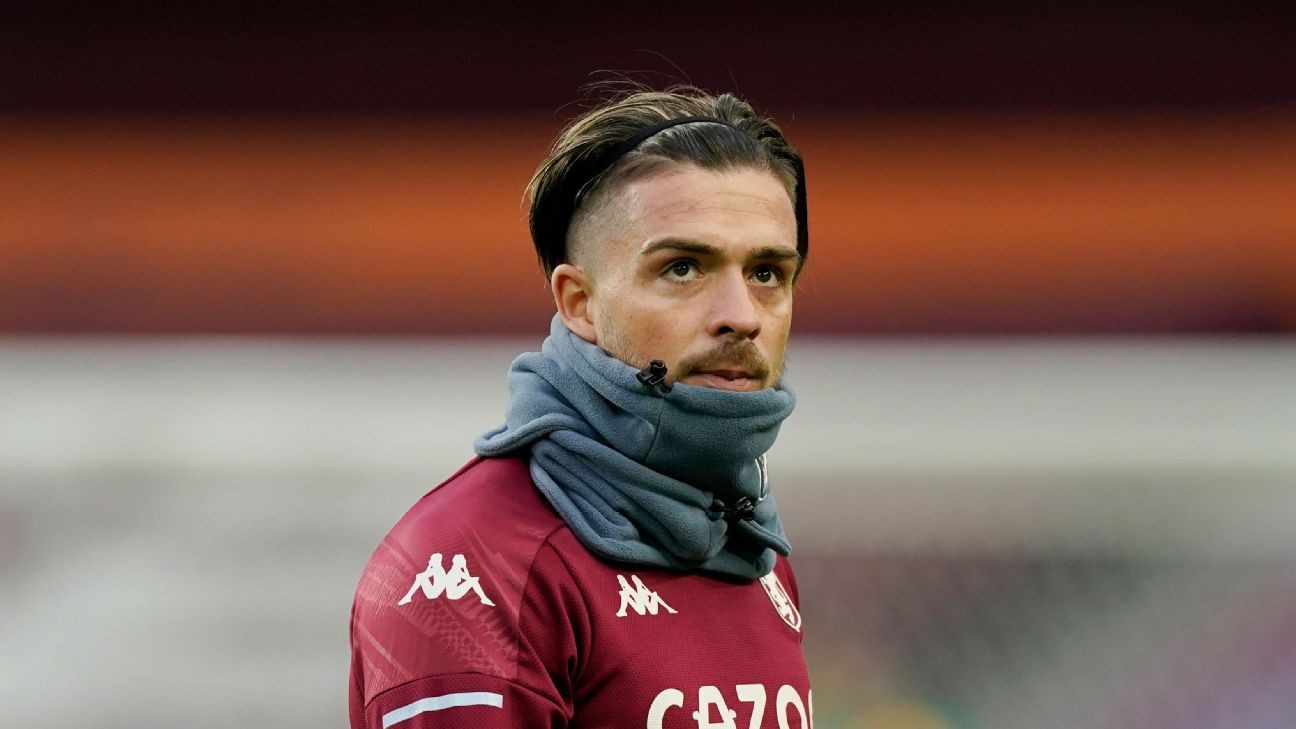 Aston Villa boss Dean Smith may have solidified his side's defence, but he will now look to plug a leak at his club after news of Jack Grealish's injury spread on social media before Sunday's 2-1 Premier League home defeat by Leicester City.

Grealish missed the game due to a minor leg injury, with Smith saying after the match that the England international felt discomfort in training and the problem is "not a recurrence of an old injury and not long-term."

- Stream ESPN FC Daily on ESPN+ (U.S. only)
- Ogden: Will Liverpool miss out on top four?

The news of Grealish's injury had emerged on social media a day before Villa's game against Leicester.

"I've been made aware that on social media there'd been rumours that he wasn't going to play," Smith said. "If it's coming out of our training ground, then I will find out where that's coming from and reprimand where it's coming from.

"It's something I wouldn't be happy with and we'll get to the bottom of it."

The Times newspaper reported on Monday that the Birmingham-based club's players had been banned from participating in the popular Fantasy Premier League game over concerns about team news being leaked online.

Competitors in the online game create a team of real players and collect points when they score goals, make saves or provide assists on the pitch.

A Twitter account called FPL Insider pointed out that Villa's Matt Targett, Conor Hourihane and Neil Taylor, as well as two staff members, all transferred Grealish out of their fantasy squads ahead of the game's transfer deadline on Friday.

Villa did not immediately reply to a Reuters request for comment.

Villa are eighth in the standings with 36 points after 23 games and play Leeds United, 12th with 32 points from 24 games, at Elland Road on Saturday.