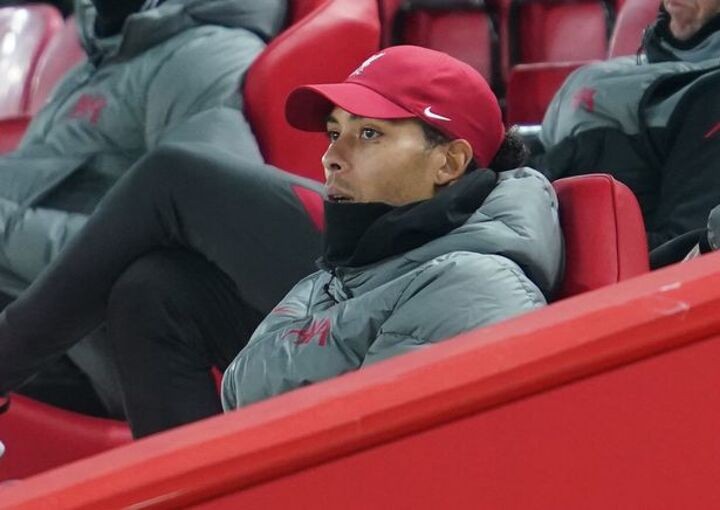 There have been few signings in history as impactful as Virgil van Dijk at Liverpool.

The centre-back joined the Reds from Southampton in a £75million deal in January 2018 and duly turned Jurgen Klopp’s side into Champions League and Premier League winners.

But things could have been very different.

Manchester United were heavily linked with a move for Van Dijk the previous summer, only to sign Victor Lindelof from Benfica.

Charlie Austin, Van Dijk’s team-mate at Southampton at the time, has claimed that Van Dijk told him the Red Devils had a direct choice between the pair but opted for the Swede.

And the Red Devils, who ended up splashing out £80million to land Harry Maguire last summer, will no doubt be left regretting their mistake given the success Van Dijk has had at Anfield.

Austin told talkSPORT:“I remember the back end of his Southampton career we were on the bench together at Chelsea away.

“I sat there I said, ‘come on Virgil, what’s going on, surely Man Utd must’ve been in for you? Massive club in England, etc’.

“He said, ‘you know what Chaz, in the summer it was like between more or Lindelof and they signed Lindelof’.

“I was like, ‘you are joking!’ Nobody knows that, he told me that on the bench. I couldn’t believe it, I was just as gobsmacked as you.

“Obviously there was talk in the summer he was going to go there then they’ve gone and taken Lindelof instead.”

Austin went on to shed new light on Van Dijk’s final days at Southampton as he attempted to force a move to Anfield, which ultimately proved successful.

He continued: “The manager was there, Pellegrini at the time, and in the summer he was looking to go.

“I remember him getting everybody in pre-season, got us all around, everyone on the pitch including Virg and just came out and said, ‘look lads, Virgil wants to go, the club are not allowing him to go, he’s said he’s not going to play so he’s going to train with us’.

“In front of everybody, including Virgil. He was more gobsmacked because no heads up from the manager, nothing.

“You’re going to go over there and train with the fitness coach and the physio.

“It was more down the line of stamping his authority, what he had to do, albeit he did move in the summer, two days later the transfer window shut and Virg was starting on the Saturday.

“He apologised to the lads but the lads were just like, ‘Virg, we understand, you were linked with Liverpool, you wanted to go, it’s fine by us’, but we were happy he was still there because of the quality he brought.”

Asked if he would’ve gone to Man Utd, Austin added: “I’m not sure, I think he had his heart set on going to Liverpool.”