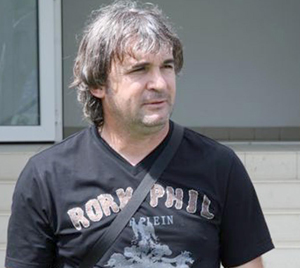 The Hearts of Oak board will decide on the future of under-fire coach Nebojsa Vucicevic by the close of next week, GHANAsoccernet.com has gathered.

The Serbian trainer has come under intense pressure from fans to resign due to team's slump in form in the Glo Premier League.

Hearts have failed to win their last three games and are now nine points behind leaders and arch-rivals Asante Kotoko.

It has been speculated that 50-year-old has lost the dressing room control-prompting officials to make swift decision on the tactician to salvage their campaign.

The management of the team has refereed the future of the coach to the 11-member Board of Directors who are expected to meet to make the final decision.

It is rumoured that Vucicevic will be sacked and offered compensation for the abrogation of his contract.