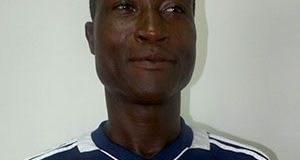 Assistant coach of Sogakofe WAFA Akakpo Patron says he is not surprised by their 4-1 away win over Wa All Stars in the week 3 outstanding fixture on Sunday.

The defending league champions suffered their heaviest home defeat since the club’s inception when WAFA inflicted a 4-1 score line against them in week three rescheduled game at the Malik Jabir Stadium on Sunday.

“We thank God for this big win, and congratulate our boys for the performance they put up,” Akakpo told reporters.

“I think we overpowered Wa All Stars in all departments of the game, but with due respect it’s one the greatest moments in our football history books because I don’t think any team have come to score three goals here before, and we coming here to score four goals against this great team, I believe we need commend our boys because they played well tactically.”

“Things happen once a while in football and it’s not a surprise because actually we knew that they are not in top form like last season when they started, and even already there are two teams that have come here to collect points. We definitely knew if our boys could work very harder we’ll either get a win or draw from the match.”

The win lifts WAFA to 3rd spot on the log with 14 points from eight games.