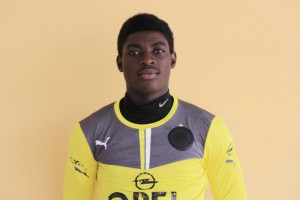 WAFA goalkeeper Razak Abalora wants Hearts to contact his club if they need his services.

The youngster, who impressed the Academy Boys, has emerged radar on the Ghanaian giants.

Hearts are believed to have held personal talks with the shot-topper but he has directed the Phobians to contact.

” We, Accra Hearts of Oak called him for a possible purchase but he told us to write to his club West Africa football Academy (WAFA) first if we want him," a source is quoted by Footballgh.com

Razak, 20-year-old had a breakthrough campaign with WAFA in the just-ended season with 11 clean sheets from 27 appearances.