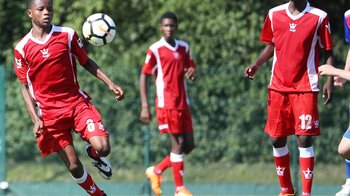 WAFA's U16 have qualified to the final of the 2018 Next Generation Tournament after a 4-1 penalty shoot-out victory over Benfica on Friday.

Godwin Agbevor scored for the Ghanaian side as the two sides settled for a 1-1 drew against the Portuguese side in regulation time.

The Sogakope-based side will face Red Bull Brasil, who defeat Bayern Munich 2-0, in Saturday's final.

In 2015, WAFA beat the Brazilian side 6-5 at the quarter-final stage en route to reaching the Grande finale where they lost 4-3 on penalties to hosts FC Red Bull Salzburg