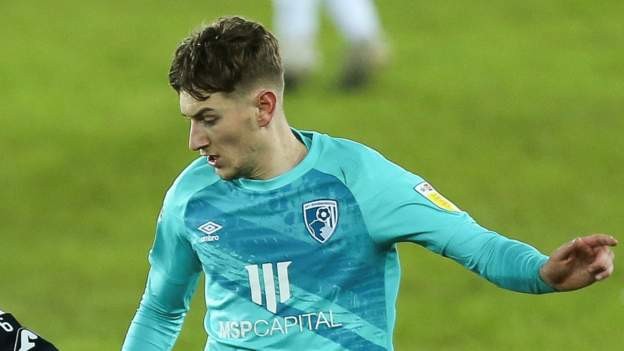 David Brooks made his Wales debut against France in 2017

Wales could be without Bournemouth forward David Brooks for March's World Cup qualifiers against Belgium and the Czech Republic.

Brooks is expected to be out for four weeks because of an ankle injury and will miss Wednesday's Championship game against Cardiff City.

The 23-year-old returned to action in June 2020 after a torrid couple of seasons which included two operations on his ankle.

He has scored four goals in 29 appearances for Bournemouth this season following their relegation from the Premier League.

Wales begin their World Cup qualifying campaign away to Belgium on 24 March.

They face Mexico in a friendly ar Cardiff City Stadium three days later and host the Czech Republic at the same venue in a World Cup qualifier on 30 March.