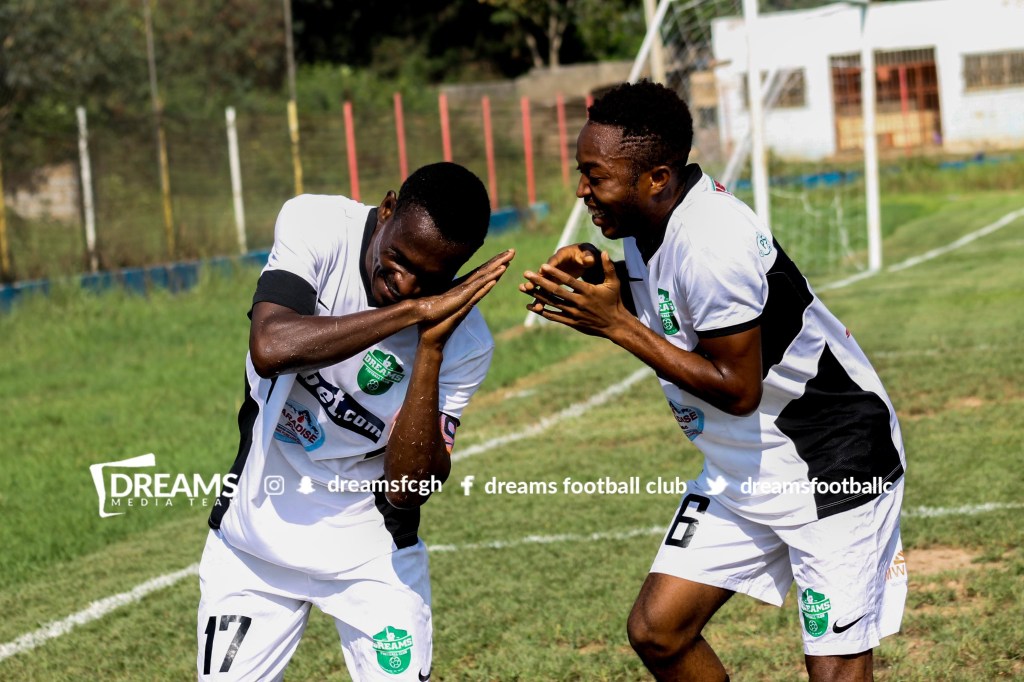 Dreams FC returned to winning ways after a 1-0 victory over Liberty Professionals at the Dansoman Carl Reindorf Park in a friendly contest on Saturday afternoon.

A beautiful finish from evergreen Eric Gawu under just eight minutes into the game carried the Still Believe boys to the wonderful win.

Striking partner Richard Addae set up Eric Gawu with an impeccable delivery from the right side of the Liberty defence and the all-time leading goal scorer for the club wasted no time in sending goalkeeper Fatao Dida to the wrong direction to give Dreams FC the only goal of the game.

The game which was coupled with a lot of defensive drama saw Liberty coming close to pulling the equalizer few minutes before the break but striker Stephen Agyemang shot wide.

Liberty Professionals saturated their side with a lot of changes after the break with 8 new players coming on.

The scientific soccer lads pushed for the equaliser but the Dreams FC lads stitched a strong wall at the back to deny any late comeback.

The game was the sixth for manager Pasoja’s lads since regrouping in January 2019.