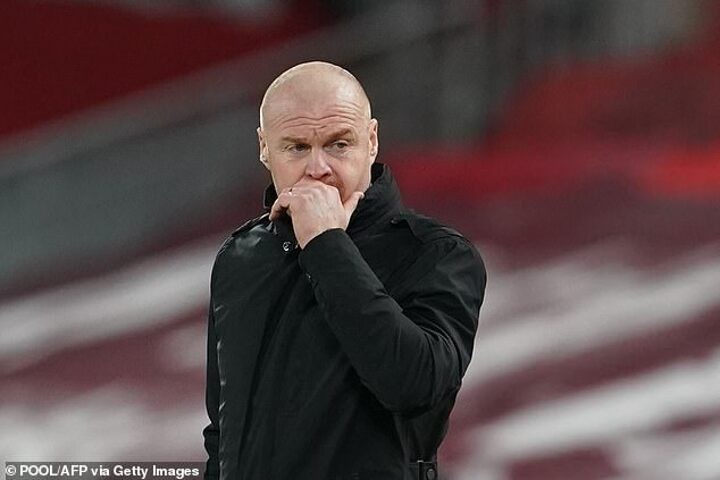 Sean Dyche claimed his side may lack talent but belief saw them overcome the challenge of Liverpool with a shock 1-0 Premier League win at Anfield.

The Clarets won in the red half of Merseyside for the first time in 46 years on Thursday night thanks to Ashley Barnes' late penalty which consigned Liverpool to their first home defeat since April 2017.

Burnley boss Dyche praised his side's defensive display at the home of the reigning Premier League champions with the Lancashire side now seven points adrift of the drop zone.

Dyche told Sky Sports in his post-match interview: 'We don't lack belief. We lack a bit of talent sometimes but not belief.

'When we get it right as a structure and a unit, doing the basics, it keeps you in a game and then you have to find a way to win it. There's a big season in front of us but this puts us in a better position

'The shape and diligence was excellent, the will and demand, the work rate of the two forwards as well. You have to defend from the whole side.'

Dyche revealed that Burnley's recent form at Liverpool gave them reason to be hopeful for three points at Anfield and not recent form.

The Clarets managed to draw 1-1 in their last trip to Anfield, while Dyche's side also claimed a point back in September 2017 by the same scoreline.

That confidence was coupled by Liverpool's recent poor form, particular in front of goal. Klopp's Reds have now failed to score in the last four league games and have now found the net just once in their last five.

Dyche added: 'We've got two draws in the last three years here and we've knocked on the door. It doesn't work like that all the time, it doesn't mean we would win tonight.

'We've taken it in our style, we want to be effective. We've done all the rights things to win the game.'

The way Burnley frustrated Liverpool was epitomised by some heated scenes at the half-time whistle when both Dyche and Klopp were involved in a furious war of words which saw the latter chase the Clarets boss down the tunnel.

The incident stemmed from a late altercation between match-winner Barnes and Liverpool defender Fabinho, who both clashed just as Mike Dean blew the whistle for the interval. The Reds player was booked after VAR checked for violent conduct.

Speaking about the war of words between him and Klopp, Dyche said: 'We come to these places, we are allowed to fight to try and win. A couple of things were said, nothing out the normal.

'(It was) two managers fighting for their teams, wanting to win the game. Nothing wrong with that.'