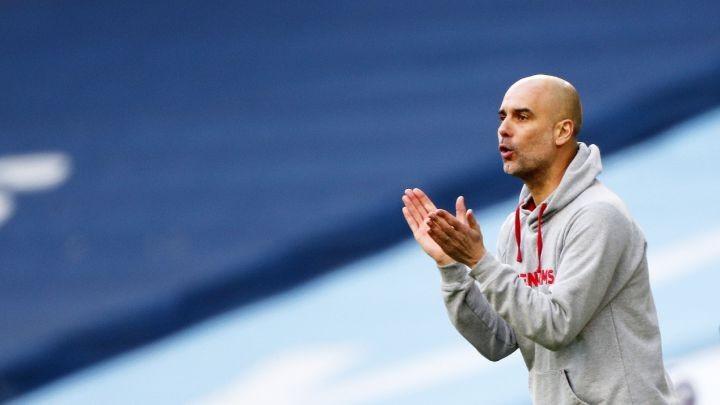 Pep Guardiola knew Manchester City would be unable to "paint anything beautiful" early in a 2-1 win over West Ham, admitting they were lucky to secure what was a milestone victory for the Spaniard.

The runaway Premier League leaders extended their advantage over nearest rivals Manchester United and Leicester City to 13 points with a staggering 20th consecutive win on Saturday.

Fourth-placed West Ham made life difficult for the champions elect, Michail Antonio equalising late in the first half with the first goal City had conceded at the Etihad Stadium since December.

Ruben Dias had opened the scoring with his first goal for City and John Stones won it when he netted for the fourth time this year with 22 minutes to play.

City were not at their best as Guardiola rung the changes, but the former Barcelona boss was able to celebrate his 200th victory for the club and a 500th win in charge of a top-flight side in all competitions.

"After 10-15 minutes today we realise we are not going to paint anything beautiful. Second half we were much better than the first half. When you play a lot of games, in the league and then the Champions League, this is normal.

"We were lucky to get all three points. The mathematics matter at the end of the season."

Stones has been outstanding this season alongside record signing Dias and the former Everton man was full of praise for his fellow centre-back.

"I try and chip in [with a goal]," Stones told Sky Sports.

"Some days it doesn't come off for the forwards and today me and Ruben chipped in. It is part of us being a team. We are just glad to get three points and keep the run going.

"I can only give credit to Ruben for moving to a new country and club and how he has played straight away. He has been outstanding.

"We go about our business in our own way and keep fighting. We are playing the football we were a few seasons ago.

"We have fighters in the dressing room. It has been an incredible few months. We are in every competition to try and win them."