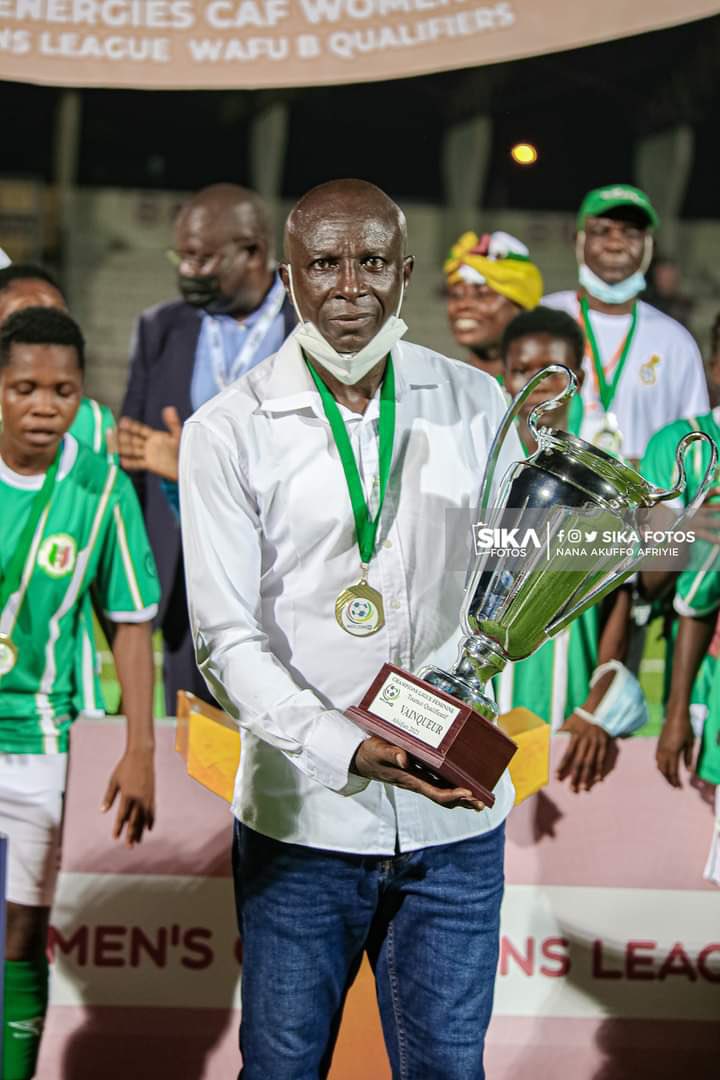 Hasaacas Ladies coach Yusif Basigi insists they are not going to just add up to numbers in the maiden edition of the CAF Women's Champions League.

According to the treble winning coach, Hasaacas Ladies will be leaving a mark on the competition after finding out their opponents during the draw in Egypt on Tuesday.

The WAFU champions have been drawn in Group A alongside hosts Wadi Degla, AS Mande of Mali and Malabo Kings of Equatorial Guinea.

“The grouping is okay. We were not looking to avoid any team, because even during the Zonal qualifiers we were in the same group with Rivers Angels; they beat us in the group stage and we revenged in style in the final," Basigi told CAF online.

“The other three clubs – Wadi Degla, AS Mande and Malabo Kings will come prepared, therefore we cannot take any team for granted," he added.

Basigi continued: "Playing against the host club (Wadi Degla), Malabo Kings from Equatorial Guinea not a bad side and Mali giants AS Mande, who boast of some good players in the Mali national team will be no walk in the park”, he continued.

“It is just a matter of adjusting our preparations accordingly to live up to expectations."