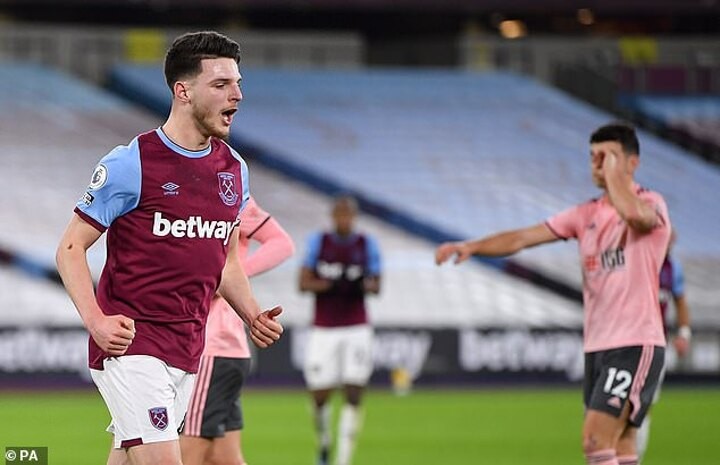 David Moyes believes Declan Rice is worth ‘far, far more’ than £100million and that some recent big-money arrivals to the Premier League are not fit to lace his captain’s boots.

Responding to suggestions West Ham’s owners have put a valuation on Rice, manager Moyes said: ‘I certainly wouldn’t put a price on it. The owners think he’s worth £100 million — well, I completely disagree with that.

‘Far, far more than £100m. I look at the players who have joined some clubs from overseas and nowhere near had the impact of Declan Rice would have. They could not lace Declan Rice’s boots.’

The ex-Manchester United boss added: ‘Declan seems very settled, he is captaining West Ham, plays for England and I want to keep Declan thinking that his ambitions can be achieved here and I’ll have to keep pushing that and keep pushing that with the owners as well.

‘I’m looking forward to keeping Declan, keeping all the boys and building a young team. If we could finish in Europe, in some sort of European position, I think it would be progress.’