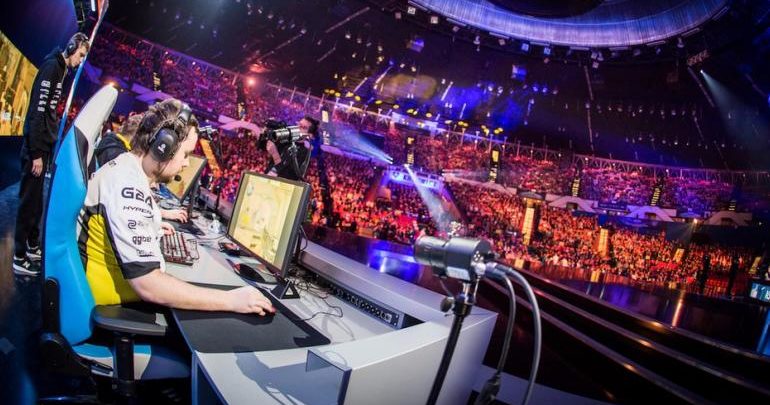 The videogame business is on a constant expansion and one of the main catalysts for growth is the esports industry. It includes all the games suitable for competitive play, such as first-person shooters, real-time strategy games and multiplayer online battle arena games.

League of Legends and Dota 2, Counter-Strike Global Offensive and Call of Duty, as well as Overwatch are notable examples. They are played by millions of people from all over the world and they are watched extensively by players and punters alike.

How do eSports work?

From a technical perspective, these games are played just like traditional sports, by professional teams and players. Each game has different objectives and based on their performance, players and teams emerge victorious.

Not all games are suitable for professional gaming, but those who were included in the esports category are available for betting with sites like topsportsbetting.com. Bookmakers have added them on the list of non-sporting events and provide punters with extensive betting markets, in addition to wagers on the outright winners.

Players can bet in advance, as soon as the odds are published, hours and minutes before kickoff and also in real-time. The odds are calculated based on the players and teams’ chances to win, so they accurately reflect the difference between participants.

In recent years, some bookies have expanded the number of betting markets, to include video games not played by professionals. Betting on streamers is one of the latest additions to the online gaming ecosystem and one that has gained a lot of traction recently.

Which are the main eSports events?

As stated above, there are three main genres that define modern eSports: first-person shooters, real-time strategy and MOBA games. The latter dominate the landscape and they are the ones responsible for hosting the best paying and most popular tournaments in the world.

Dota 2 The International is at the top of the list with tens of millions of prizes being awarded every month in summer. League of Legends has tournaments scheduled throughout the year in four major regions, all culminating with the Worlds.

Counter-Strike Global Offensive and Call of Duty are by far the most popular first-person shooters. The Call of Duty League is a professional tournament that runs uninterrupted for most of the year, awarding millions of dollars in prizes. CS:GO is the most played FPS and it has tournaments scheduled every month, with the Majors attracting the most talented teams and players.

Some bookies are specialized in esports and these are the places where punters can also bet on minor tournaments and low-profile games.

There’s a lot of money in esports and with the viewership growing every year, more events are being scheduled. The number of betting markets is also expanding, with dozens of betting options available on prominent events.

Players can watch the games in real-time when betting live on the bookmaker’s website or on specialized streaming platforms. Twitch and YouTube are the most popular choices, as they dedicate ample coverage to all important esports competitions.